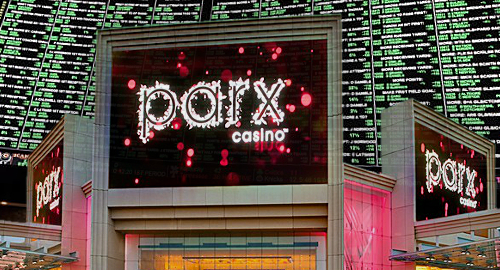 The PGCB also gave tentative license approval to Rush Street Interactive (RSI), which plans to provide betting (with Kambi’s help) for the state’s SugarHouse and Rivers casinos. Both venues are owned by RSI’s parent company Rush Street Gaming and received their own betting approvals at the end of October.

Philly.com quoted PGCB spokesman Douglas Harbach saying both Parx and SugarHouse would likely begin their two-day test runs of their temporary sportsbooks “sometime in the next several weeks.” Rivers had previously stated that it hoped to launch betting this weekend but a casino spokesman told WXPI that preparations were still ongoing and that the launch would happen “soon.”

Pennsylvania currently has only one functioning sportsbook, the William Hill-powered operation at Penn National Gaming’s Hollywood Casino at Penn National Racecourse, which launched earlier this month.

SOUTH PHILLY CASINO PROJECT WINS DEADLINE EXTENSION
Wednesday also saw the PGCB grant an extension on the deadline for opening the Philly Live! Hotel & Casino project in south Philadelphia. The oft-delayed project, which was originally scheduled to open this December, hit yet another bump last week when Cordish Cos bought out its Stadium Casino LLC joint venture partner Greenwood Gaming.

While the ownership change has yet to be approved, the PGCB accepted assurances by Cordish that the project would start construction next month. The PGCB agreed to push the opening deadline back two years, with the possibility of a further one-year extension depending on future hiccups. Cordish had requested a three-year extension when it announced the Greenwood buyout last week.

In other brick-and-mortar news, the PGCB unanimously approved the renewal of Hollywood Casino’s license for an additional five-year term.

DOES ANYONE WANT TO OFFER ONLINE POKER IN PENNSYLVANIA?
Finally, the PGCB’s Wednesday meeting saw the online gambling license approval of the state’s Mohegan Sun Pocono casino. However, the casino withdrew its request for an online poker permit, saying it now wished to offer just online slots and table games.

The Philly Live! project’s backers withdrew their own online poker permit last month, meaning that there are now six poker licenses available (plus three each for slots and tables) out of the original 11.

The PGCB is currently mulling applications from the so-called ‘qualified gaming entities’ who became eligible to bid on the remaining online licenses after the state’s casinos had first dibs. The deadline for submitting these applications was October 31, and the PGCB will select the lucky recipients via a ‘blind random drawing’ at some unspecified date.