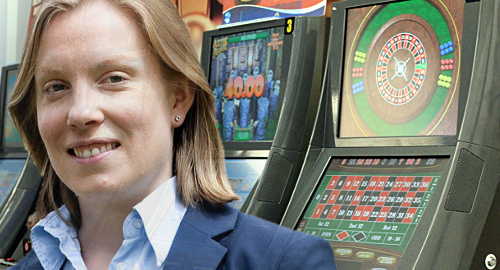 The UK government minister whose brief includes the gambling industry has submitted her resignation over a perceived delay in reducing the maximum stakes on fixed-odds betting terminals (FOBT).

On Thursday, Tory MP Tracey Crouch sent a letter to Prime Minister Theresa May announcing Crouch’s resignation as Parliamentary Under Secretary for Sport and Civil Society. Crouch’s letter directly linked her resignation to the FOBT language contained in the Autumn Budget 2018 delivered earlier this week by Chancellor Philip Hammond.

The budget gave an October 2019 timeline for reducing the maximum stakes on FOBT from their current £100 to just £2. Gambling critics had originally expected the cuts, which were first announced in May, to be implemented in April 2019, although the government was said to favor an April 2020 timeline. But whenever it was scheduled to kick in, it wouldn’t be soon enough for the anti-FOBT crowd.

Crouch, who oversaw the gambling industry review that led to the FOBT stake cut, called the October 2019 implementation date “unjustifiable.” Crouch also targeted unnamed senior members of the government as having caved to gambling industry lobbying, saying that the FOBT stake cut was being delayed “due to commitments made by others to those with registered interests.”

Crouch notes that the budget’s hike of the Remote Gaming Duty (imposed on online casino operators) from its current 15% to 21% as of October 2019 was “a condition put on by the Treasury to provide fiscal neutrality” by replacing the tax revenue lost via the FOBT cut. But Crouch added that this switcheroo “is not a technical necessity, so there is no reason why implementation [of the FOBT cut] cannot come in sooner than October.”

Theresa May responded by denying the claim that there was any delay in cutting FOBT stakes, noting that the government had actually advanced the implementation by six months from April 2020 to October 2019.

Regardless, the usual suspects in the UK media are having a field day with Crouch’s letter, and even the Archbishop of Freaking Canterbury is weighing in with support for Crouch.

Understandably, the Labour opposition is also seizing the moment, trying to put names to those MPs whose “registered interests” include gambling and betting companies.

Labour is also reportedly crafting an amendment to the finance bill (which implements the budget’s details) that would advance implementation of the FOBT cut to April 2019. Several dozen anti-gambling Tory MPs are reportedly willing to join Labour in this effort, leaving Theresa May’s already shaky grip on power even shakier.