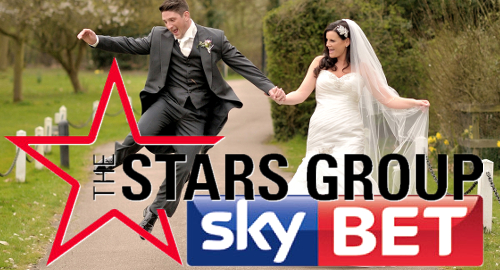 The UK’s competition watchdog has okayed The Stars Group’s (TSG) takeover of Sky Betting & Gaming (SBG), while the latter company has named a new CEO.

On Thursday, the UK Competition and Markets Authority (CMA) announced that it had cleared TSG’s $4.7b acquisition of SBG. The deal, which was announced in April and completed in July, prompted the CMA to issue an enforcement order freezing the integration process while it investigated whether the deal was a good thing for consumers.

The CMA’s full decision has yet to be released, but TSG (the parent company of PokerStars) issued a statement celebrating the good news and announcing a raft of new senior management assignments “to execute [SBG’s] integration plans, including the delivery of expected cost synergies.”

Ashkenazi hailed the game of executive musical chairs, saying the switches “position us well to deliver our strategy to become the world’s favorite iGaming destination.” Flint said the new management structure would allow SBG “to maintain our unique culture … and continue delivering market share gains in the UK online betting and gaming market.”