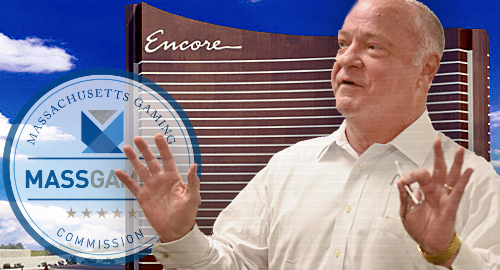 Massachusetts’ gaming regulatory boss has resigned just one day before a meeting that could affect Wynn Resorts’ Boston casino project.

On Wednesday, Stephen Crosby announced his resignation as chairman of the Massachusetts Gaming Commission (MGC), effective immediately. Crosby’s letter to MGC staff (read it here) said he was leaving with “a profound sense of sadness, regret – and yes, frustration.”

Crosby said he’d decided to leave after the past few weeks saw him twice accused of “prejudging the outcome of the Investigations and Enforcement Bureau’s ongoing investigation regarding the suitability of Wynn Resorts.”

In January, the MGC launched a probe into how much Wynn execs knew of a $7.5m payment their former boss Steve Wynn made to a woman he allegedly sexually assaulted. The MGC is trying to determine if Wynn execs hid the existence of the payment from commissioners while the company was undergoing suitability vetting for its $2.4b Boston-area casino project (now known as Encore Boston Harbor).

#MOTOO
Mohegan Sun was one of the failed applicants for the sole Boston-area casino license. As was Suffolk Downs, who filed a lawsuit earlier this month restating old claims that the MGC had ‘fixed’ the application process due to the fact that Wynn’s land partners included a former business partner of Crosby’s.

On Tuesday, the Mohegans (who are also suing the MGC) wrote a letter to the MGC seeking Crosby’s “immediate disqualification” from the Wynn investigation based on comments Crosby made to a reporter regarding the Wynn probe.

Crosby told the reporter that the #MeToo movement had “changed everybody’s sensibility. And I’m sure Wynn’s sensibilities. Wynn Resorts’ sensibilities, have changed, too.” Mohegan attorney Kenneth Leonetti said Crosby had made a “public endorsement of Wynn Resorts’ culture” that “cast greater doubt on the impartiality of the proceedings.”

ENOUGH ALREADY
As a result of the past month’s events, Crosby says he had “reason to expect that the Commission’s objectivity—even if I recuse myself from the current proceedings—will be challenged,” and he doesn’t want “my involvement in these critical deliberations be used by others to hamper the Commission’s ability to do its work, or to undermine the confidence of the public in that work.”

Despite maintaining that “there has never been a shred of truth or accuracy to any charge of bias, favoritism, corrupt practice, ethics violations, or prejudgment in my execution of this job,” Crosby believes that “the appearance of integrity as well as the reality of integrity is critical,” and so he’s outta here.

Thursday’s MGC meeting agenda contains two items relating to the Wynn probe, including “a request from Encore Boston Harbor for a NonDisclosure Agreement, and the logistical planning for the Wynn Resorts Hearing Process.”