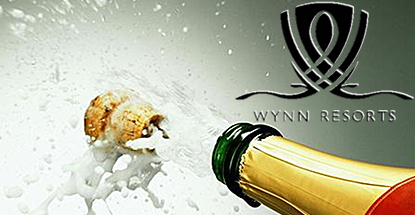 After a long campaign, Wynn Resorts has defeated rival Mohegan Sun to win the right to develop a casino in the Boston area. On Tuesday, a Massachusetts Gaming Commission (MGC) panel voted 3-1 in favor of Wynn’s proposal to build a $1.6b casino in Everett, just north of Boston. Commissioner James McHugh, who cast the lone vote in favor of the Mohegan Sun, called the vote “a really, really difficult decision.” McHugh said the other commissioners ultimately felt Wynn’s proposal “had the edge in the economic benefits that it would provide to the community and the region.”

Wynn’s win marks the second of three Massachusetts casino licenses due to be awarded under legislation the state enacted in 2011. MGM Resorts has been granted a license for Springfield in the western portion of the state, while the license reserved for the southeastern portion of the state isn’t likely to be issued until 2015. All three licenses – plus Penn National Gaming’s slots hall license in Plainville – remain under threat of repeal by voters via a November ballot referendum.

Wynn representatives will appear before the MGC on Wednesday to formally accept the license but the MGC has made the awarding of Wynn’s license conditional on the company agreeing to certain conditions. Shortly before Tuesday’s vote, Wynn had dropped its objections to paying up to $20m in penalties to mitigate the expected effect of the casino on vehicle traffic in neighboring Sullivan Square. Wynn VP Robert DeSalvio said he and his company “really look forward to this opportunity.”

The MGC ultimately favored Wynn’s proposal due to the higher number of jobs it would create both during the construction phase and once it opens for business. The Wynn proposal also envisioned drawing a significantly higher proportion of its clientele from outside Massachusetts, thereby boosting the broader economic benefit to the state.

Tuesday’s announcement spells the end of Mohegan Sun’s $1.1b Revere-area proposal, and CEO Mitchell Etess said “disappointment doesn’t even begin” to describe his reaction to Tuesday’s vote. Etess maintains that his company’s project was “the best choice for the commonwealth’s flagship casino.”

The vote also killed hopes of reviving the fading fortunes of Suffolk Downs racetrack, which was to adjoin the Mohegan Sun casino. The track, which had originally partnered with Caesars Entertainment before the MGC ruled the casino operator unsuitable, hasn’t turned a profit since 2006 and will now look to wind down its racing operations. Chip Tuttle, the track’s COO, told reporters the company would meet with staff and the area’s horsemen in the coming days to discuss the end of “a 79-year legacy of thoroughbred racing in Massachusetts.”