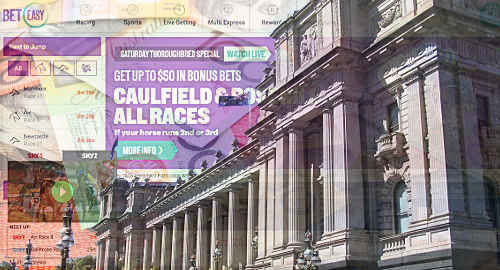 Australia’s online sports betting operators have taken yet another shot to their pocketbooks after the state of Victoria approved a new point-of-consumption tax (POCT).

Late Thursday, the Victorian parliament’s upper chamber used the legislative session’s final day to approve a bill that imposes a new 8% tax on online sports betting revenue derived from state punters. The new tax will kick in on January 1, 2019, and the government expects to reap an annual windfall of AU$30m (US$21.8m).

Victoria’s rate is lower than the 15% POCT introduced in Queensland, South Australia, Western Australia and the Australian Capital Territory, and the 10% rate proposed in New South Wales. Online bookies, most of which are licensed in the Northern Territory, previously paid no direct taxes to other state governments.

However, Victoria’s POCT will also apply to promotional ‘free’ and ‘bonus’ bets that bookies offer their customers, which bookies argue don’t represent actual revenue and thus should have been excluded. The bookies are warning that this new wrinkle could undo their commitment to maintaining their existing level of financial contribution to Victoria’s racing industry.

The Sydney Morning Herald quoted Racing Victoria CEO Giles Thompson saying his group had lobbied the government to exempt free bets from the new tax, but the government had the industry in a “disadvantageous position.” Still, Thompson expressed doubt that online bookmakers would be willing to “turn their back on Victoria,” the country’s second-most populous state.

Apart from the Northern Territory, Tasmania is the only Aussie state which has yet to signal its POCT intentions. The issue of variable state-level POCTs could become moot if Australia’s federal government follows through on public musings of imposing a national POCT.

There could be a rainbow that follows this latest drenching of Australia’s long-suffering bookmakers. Local media recently reported that Federal Sports Minister Bridget McKenzie had expressed support for a recent report that recommended lifting the ban on online in-play sports betting.