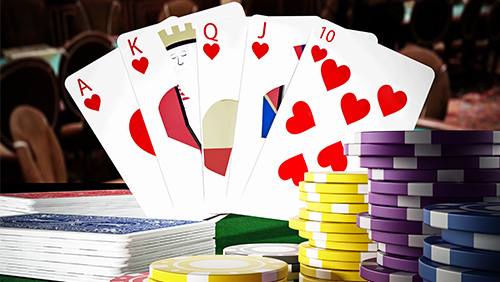 Three live tournament wins to catch up on including victories at the WinStar Resort, the World Series of Poker Circuit in Rotterdam, and the Bicycle Casino in Los Angeles.

When it comes to the hierarchy of live tournaments, you can safely say that these seven are the Gondoliers of the canal.

And then you have a plethora of events that hold a special place in the hearts of those that experience them year-in, year-out, but don’t curry the same global appeal. And sizzling amongst all that noise is the $2,500 WinStar River Poker Series Main Event.

Last year, the former WPT Player of the Year, Benjamin Zamani, defeated all 926 entrants to win the $2m GTD WinStar River Poker Series Main Event, banking $347,134. This year, that honour went to a completely different animal, Will Pengelly, a 20-year old student, who had never cashed in a live event and needed to skip school to feature in the final table.

The University of North Texas student has been playing cash games at the WinStar Resort since he turned 18, and likened playing tournaments to buying a lottery ticket.

Pengelly won the title and $249,310 in prize money after the final five players decided to crank up the blind speed turbo style after cutting an ICM deal. The whole thing was done and dusted within the hour.

Adam Miller Wins The Quantum Million Event at the Bike

Sticking with the States, and Adam Miller has taken down the $199,024 first prize in the Quantum Millions event at the Bicycle Hotel & Casino in Los Angeles.

Miller likes competing at The Bike.

He finished sixth for $42,120 in the $1,675 World Series of Poker Circuit (WSOPC) Main Event at the same venue. Miller beat Jim Collopy in heads-up action. Collopy is enjoying his finest year since 2013, after also placing third in the WPT Bellagio Elite Poker Championship for $146,644.

Finally, Luuk Gieles has taken down the €3,500 High Roller at the WSOPC in the Holland Casino, Rotterdam.

The event attracted 31 entrants, and Gieles, who has over $600,000 in live tournament earnings, beat the lot. The win was only Gieles second ITM finish of the year, finishing 58th in the partypoker MILLIONS Grand Final in Barcelona for €35,000. His most significant score to date remains €137,140 for finishing seventh in a €50,000 High Roller at the European Poker Tour (EPT) in Prague.

Gieles ran riot on a final table that included the WSOP bracelet winner, Albert Hoekendijk, and a man who always performs well in Dutch events featuring the WSOP and WPT, Raoul Refos.