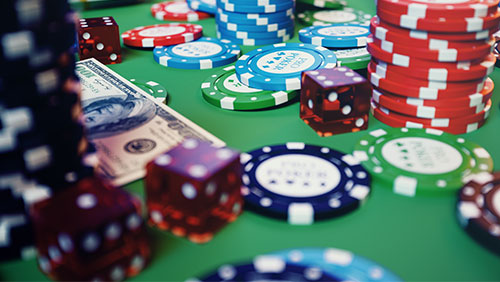 3: Barrels of a live tournament flavour including David Eldridge winning the Main Event at the partypoker MILLIONS in Montreal, Sam Greenwood winning the High Roller at WPT Amsterdam, and Joseph Cheong bagging a third gold ring at the World Series of Poker Circuit stop at Harrah’s Cherokee. 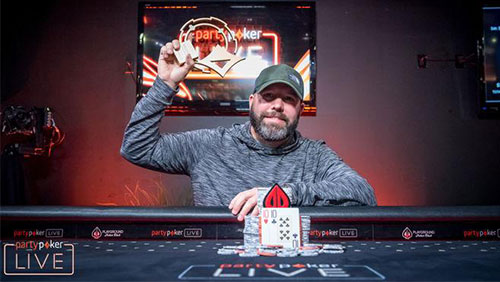 Poker’s high roller scene should be deader than snail racing, and yet it’s the most vibrant thing about poker. Investors have found a way to make some money while having fun. The circus performers exchange millions of dollars while walking along the tightrope. The scene has shot a few of them out of a cannon. No net. That’s the end of that. But invariably, the beasts are slicing melons, not wasting time thinking about how to crack coconuts.

And what a time it is for poker’s higher echelon.

PokerStars’ Spring Championship of Online Poker (SCOOP) has a few juicy buy-ins, as does partypoker’s POWERFEST. The Triton Poker Series is offering five days of big buy-in events in Montenegro. The European Poker Tour (EPT) will do the same in Monte Carlo. The Super High Roller Bowl (SHRB) follows, and then the World Series of Poker (WSOP).

Daniel Negreanu said he would spend $2m on buy-ins at the WSOP alone. Can you imagine how much money circulates the scene from Christmas to Christmas?

And here I am trying to dodge a £2 Roobois tea.

The success of the High Roller strata has had a profound effect on the poker community that hangs around in less posh surroundings. In the past, players had to do some severe piggy bank shafting to enter a $10k buy-in. Today, the $10k is the new $1k with players finding enough liquidity in the backing market to take more shots.

One of these players is David Eldridge.

The American has taken down the $10,000 High Roller at the partypoker MILLIONS event in Montreal after defeating 80 entrants. Eldridge’s win takes his overall live tournament earnings above the $1.1m mark.

Amongst his achievements are a fourth-place finish in a $1,500 No-Limit Hold’em event at the 2013 World Series of Poker (WSOP) banking $55,960. A win in a Seminole Hard Rock Poker Open side event for $146,100. A ninth-place finish in the 2016 PokerStars Caribbean Adventure (PCA) Main Event for $62,020 and he came runner-up to Darren Elias in the Season XV World Poker Tour Fallsview Poker Classic earning $229,058 (he bubbled the final table earlier this year).

Eldridge overcame a beaut of a final table, defeating Victor Ramdin in heads-up action. Heads up stacks were even until Ramdin went with A3 and lost to TT. Ramdin came into the partypoker MILLIONS event off the back of a 14/1309 finish in the WPT Seminole Hard Rock Poker Showdown Main Event in Florida, so the philanthropist is in fine fettle. 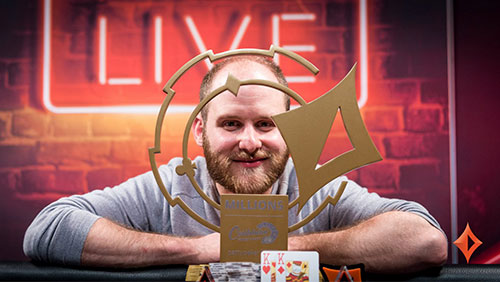 Fewer players are in the kind of form that Sam Greenwood is in, and this weekend, the Canadian packed another trophy into his suitcase with victory in the €6,000 buy-in High Roller at the World Poker Tour (WPT) event in Amsterdam.

The final table was something special with the likes of Rainer Kempe (5th), Thomas Mülöcker (6th) and Ryan Riess (7th) all in contention for the €125,785 first prize that the casino wired to Greenwood’s Cayman Island’s bank account.

Greenwood has already won $2.3m in live tournament earnings and we haven’t even reached the summer. His latest bish, bash, bosh came in the €50k Super High Roller at the partypoker MILLIONS Grand Final in Barcelona where he won a cool million euro first prize.

Here are the final table results from that Amsterdam event:

Finally, the former November Niner, Joseph Cheong, has beaten 530 entrants to capture the $34,188 first prize in a $365 No-Limit Hold’em side event as part of the World Series of Poker Circuit (WSOPC) stop in Harrah’s Cherokee.

Remarkably, this is Cheong’s second gold ring win in a matter of weeks, and both came after the $12m+ man m isplaced the first ring he won way back in 2010.