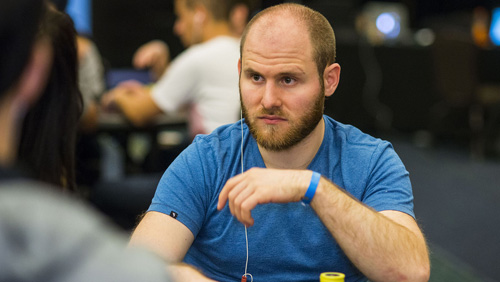 Perhaps it was fatigue, or perhaps it was an old grudge surfacing. Either way, Sam Greenwood didn’t mince words against German high rollers after a recent poker win, and took to Twitter to let everyone know how exactly how he felt.

In a couple of tweets that held nothing back, the Canadian accused the German players of being ‘vultures’ and ‘cowards.’ Greenwood pointed out the Germans only stood at the rail before a game, waiting to see who enters a game before deciding to play.

Greenwood’s comments came after he took down the Aussie Millions ANTON Jewellery $50,000 Challenge. The event was somewhat unspectacular, as only four players participated.

In his colorful Twitter commentary, Greenwood said that the Germans only enter tournaments if they see that only bad players will be playing.

The poker pro, who is known for being outspoken, also accused the players of being unethical and always arriving late to tournaments. Greenwood, who has accumulated more than $7 million in live poker action, pointed out in his Tweet that, “most of Team Germany hung around in the tourney room like vultures waiting for worse recs to join the tourney” at the PokerStars Championship High Roller tournament in Prague in December last year.

Several of Germany’s top high rollers were quick to respond to Greenwood and defend Team Germany. Koray Aldemir called his claims laughable and excused the German presence in Prague due to problems two players experienced with their buy-ins. Steffen Sontheimer backed up his German counterpart, making the poker pro out to be a sore loser with a grudge.

The 29-year-old Greenwood has enjoyed a fair amount of success at the felt. He has several million-dollar wins under his belt, as well as one WSOP bracelet that he picked up in 2015—a first for any Canadian poker player. He has reached the money 21 times at WSOP tournaments, twice at WPT events and nine for the EPT.

More recently, Greenwood had a successful run at the partypoker Caribbean Poker Party in November. He finished third at the $10,300 Millions High Roller tournament for $124,000 and then followed it up two days later with a second-place finish in the Super High Roller tournament, adding another $242,750 to his wallet. He wasn’t quite done, though, and picked up a first-place win the following day at the Millions Main Event for a cool $1 million in cash.