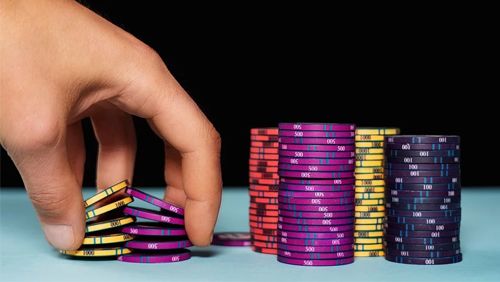 The latest €25,000-entry high roller at EPT Prague saw two of the format’s favourites both bag around €400,000 and chop the top prizes as an entertaining event played out at the Hilton in the centre of the Czech capital.

With 66 entries (including 23 re-entries), the single-day format of high rollers was hugely popular among poker’s elite set, and many regulars from events such as this that take place all over the world were again present.

Sam Greenwood took his own seat in the first level and he wasn’t alone, with players such as Adrian Mateos, Daniel Dvoress and the Japanese player Tsugunari Toma all keen to get amongst it from the off.

While many players needed to fire a second bullet, Greenwood wasn’t one of them steadily chipping up throughout the first few hours to see his 100,000 starting stack quadruple.  With the field thinning, registration closed and it was Steve O’Dwyer who had the biggest stack. He would yield it to trim the remaining players even more, with Simon Pedersen seeing his straight lose to O’Dwyer’s flush in just one example of the American-Irish player’s control.

Another player adding to his stack during this period was British pro Sam Grafton, who was entertaining his fellow players as much as he was the fans on the rail and putting himself into the upper counts in what has been a fantastic year for the Londoner, winning over $2.5m on the live circuit.

Once play reached the final table, both Steve O’Dwyer and Sam Grafton were the big stacks, and between them had 50% of the chips in play. Joris Ruijs fancied some of those chips, but unluckily for him, he was busted in ninth place.

Ruijs was followed swiftly by Mustafa Jukovic who busted in 8th place and Austrian player Matthias Eibinger, who recently cracked the Pokercode with Fedor Holz and who would depart in 7th place for €77,650. The blinds were escalating faster than you could say merged-ranges after two cups of the local cider, and with experienced high roller George Wolff himself busting in 5th place, the field looked wide open between the remaining four players.

Wolff, who starred in the recent U.S. Poker Open and who has a great record in both NLHE and mixed games, was a dangerous player for the others to continue without, and everyone saw a chance ready to be seized.

Danny Tang, who has enjoyed a record year in his career, would depart in fourth place, and the Hong Kong player would be joined on the rail by Sam Grafton in 3rd place when the British player was all-in with pocket sixes against Steve O’Dwyer’s pocket aces and couldn’t catch up.

With just Greenwood and O’Dwyer remaining, talk turned to a deal, and the pair did a chip-chop deal with O’Dwyer ending up with the slightly bigger payout, cashing for €411,311 as opposed to Greenwood’s €384,969. There was still the trophy to be won, however, so a final hand needed to be played out, and the two men came up with a novel way of ending matters according to the stacks in play.

After much discussion, the two men decided to play just one hand but give O’Dwyer two hands instead of Greenwood’s one. That way, O’Dwyer would have the chances reflected by his chips.

Having agreed this bizarre but entertaining method of concluding the action, O’Dwyer was dealt both ace-deuce of diamonds and eight-five of spades. Greenwood only had one hand, but he was dealt jack-eight off-suit.

The odds were with O’Dwyer, but the game of poker doesn’t always go with the odds, and although Greenwood was just over 27% to win pre-flop, he managed to get there. The flop came down with a nine-seven-four to raise Greenwood’s odds slightly to 29% but the ace of hearts on the turn made him a 9-to-1 dog to take the title. Those odds came up, however, when the ten of spades on the river gave him the gut-shot he needed for a straight and Greenwood took the trophy to smiles from both men.

Steve O’Dwyer missed out on the winner’s photos, but ended up with the biggest payout in what was another highly entertaining high roller on the European Poker Tour. Sam Greenwood added another six-figure finish to a tournament to bring his live poker earnings to over $20 million, while O’Dwyer is one cash of $30,000 from topping $30 million in live poker tournament winnings.
EPT Prague €25,000 High Roller final table results:

* after a heads-up deal