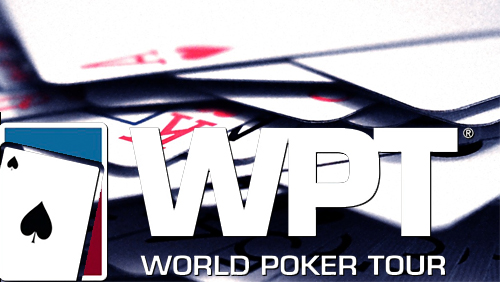 The Mike Sexton Classic featured 125 players, each of whom contributed to charity along with buying into the million-dollar guaranteed event, raising a massive $39,900 for the Nevada Partnership Homeless Youth Charity.

As part of the WPT Montreal Online Series, the tournament, which was rake-free, had some proper superstars at the felt and produced a final table of real quality.

Day 1 saw just 20 players survive, with 105 players heading to the virtual rail courtesy of a friendly but fairly rapid structure. With Day 2 being the final day, everyone was guaranteed a return of at least $21,887 and the bust-outs flowed from the first card.

On the final table bubble, a double elimination by the eventual winner, Daniel Dvoress, set the tone for things to come. All-in with the ace-six of diamonds, Dvoress covered both 7th-placed finisher Nino Ullman who held pocket nines and Aleksejs Ponakovs, who would bust in 8th place with pocket kings courtesy of holding the smaller stack. Two aces on the flop were a sign of things to come for Dvoress, who went into the final six showdown with the chip lead.

It took a long time for Finnish player Anssi Kintalla to bust in 6th place, but when he did, he held ace-ten and although he’d hit a ten on the flop, top-top wasn’t enough as Dvoress held with pocket jacks after all the chips were in the middle pre-flop.

Dvoress wasn’t hanging around and if he had a taste for double eliminations before the final table, he went back for more with five men left. It was another Finn, Eelis Parssninen, who moved all-in pre-flop first, jamming for 18 big blinds with king-jack of diamonds. Jon Van Fleet followed suit with ace-ten of spades and Dvoress made the call with ace-queen in clubs. The queen on the flop sent both players to the rail, Parssinen cashing one place higher than the American Van Fleet due to the latter only having a shade under 10 bigs at the time of his all-in call.

Three-handed, it was Mike ‘SirWatts’ Watson who departed, Aram Zobian three-betting from the small blind with ace-king and loving life when Watson shoved for 40 bigs with ace-queen from the big blind. Nothing came on the board and Zobian had a big chip lead with 8 million chips to Dvoress’ 4.5 million.

Dvoress, however, was not to be denied and in just 15 minutes, turned around those stack-sizes before a bizarre hand saw the Canadian beat the American to the Mike Sexton Classic title.

It was all in the greatest dramatic traditions of the much-loved Hall of Famer after whom the cup was named, too. Dvoress held three-four of spades and Zobian pocket queens on the two-spade J-2-7 flop, but when the six of clubs came on the turn, that opened up the possibility of a runner-runner straight. Incredibly, that was exactly what happened when the five of hearts landed on the river and Zobian’s shove was gleefully called by Dvoress, who wrapped up the win in stunning fashion.

Winning $294,346 for taking it down, Daniel Dvoress became the winner of the WPT Montreal Mike Sexton Classic, with Aram Zobian earning a very impressive $200,307 for occupying the runner-up place.

Want to watch the action on the final day of the WPT Montreal Mike Sexton Classic? Take a look at the 4-hour day replay right here courtesy of partypoker LIVE: