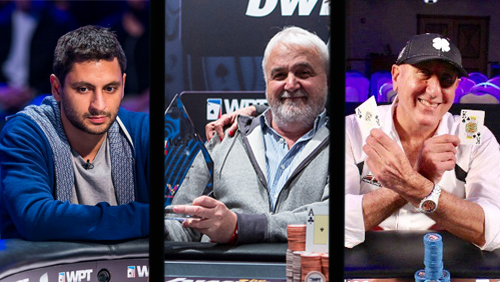 Benjamin Zamani suffers from an interesting case of synesthesia. When he enters the world’s biggest poker tournaments, the sounds of riffling chips stimulates the uncanny knack of attracting all the money.

Zamani, who was down to fewer than ten big blinds at one point during the final table thick and thin, cut a deal with China’s Chengce Jiang, during heads-up, a decision that ultimately led to Zamani picking up a $347,134 pay check.

It’s been a wonderful two years for Zamani. He is the reigning WPT Player of the Year and emerged from the World Series of Poker (WSOP) with a fourth place finish in a $1,500 No-Limit Hold’em event and a second career bracelet with victory in a $1,500 Omaha Hi/Lo event.

Zamani has now earned over $4.6m in live tournament earnings.

Another German Win, This Time in Belgium

Another German poker player has picked up a live tournament title after Heinrich Pauker took down the €550 buy-in Unibet Belgium Poker Championship in Blankenberge over the weekend.

What’s next for Unibet followers?

It was only the second time Herstein has won a live tournament since he began racking up scores in 2008. His previous victory came in the 2011 Wynn Classic Summer Festival. But he has since made numerous final table appearance in the middle raft of live tournaments such as World Series of Poker Circuit (WSOPC), America’s Poker Tour, and HPT events. A few weeks, ago Herstein finished runner-up to Bryan Skreens in a $1,100 America’s Poker Tour Chicagoland for $30,000 (Skreens finished fourth in Herstein’s recent HPT success).

Other poker playwrights who wrote a script to run deep in this one included the former WSOPC and Bellagio Cup winner Kevin Saul (15th) and the HPT superstar Craig Casino (18th).