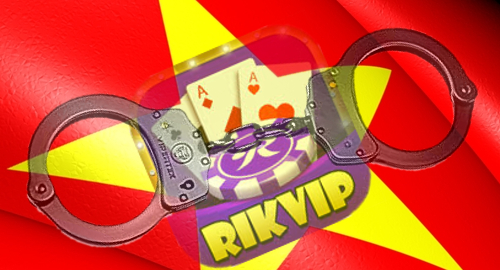 Vietnam continues to punish those involved with a major online gambling ring the authorities disrupted this spring.

In March, Vietnamese authorities announced that they’d taken down an illegal online gambling ring based in the province of Phú Thọ that involved the cooperation – both active and passive – of some of the nation’s top cops and telecom operators.

The ring centered on an online casino game called Rikvip that required players to buy virtual credits for online play but which could be redeemed for real cash should a player wish to cash out. Police said the game attracted millions of users who spent VND9.8t (US$426m) in the nearly three years the ring was in operation.

On Wednesday, Vietnam News reported that the Phú Thọ People’s Procuracy had confiscated VND372b ($15.9m) from three mobile operators – Viettel, Vinaphone and Mobiphone – through whose mobile top-up cards the game play was funded. The People’s Procuracy has required online payment processors and 33 banks to similarly cough up their ill-gotten proceeds.

Vietnam Express reported that the pair are facing charges of “abuse of power or position in performance of official duties.” Each man is facing between five and 10 years in prison if convicted.

According to the indictment, Vinh not only looked the other way, he signed documents that helped bring the gambling ring into existence. Vinh later instructed Hoa to also sign documents that kept the ring in business. Hoa actively hindered other cops’ efforts to investigate the ring, while Vinh had, in prosecutors’ words, “tarnished the police’s reputation.”

In total, 92 individuals are facing prosecution for their role in the illegal gambling business. The ring’s two main organizers — Nguyen Van Duong, chairman of high-tech security firm CNC, and Phan Sao Nam, founder of telecom firm VTC – reaped the bulk of the VND4.7t ($202m) illegal gambling profits. Duong claimed a VND1.6t share, Nam’s cut came to VND1.5t, while the rest went to the ring’s other principals.

Vietnam doesn’t permit any form of online gambling, and is only now preparing a trial run of allowing its citizens to enter the nation’s brick-and-mortar casinos. The government is also hoping to launch legal football betting, but is reportedly having difficulty finding willing operators, due in part to strict rules limiting the number of leagues eligible for wagering and imposing overly restrictive daily betting limits.