For the most part, police officers are law-abiding, upstanding citizens. The public turn to them to protect their homes and their lives, and, in very rare cases, illegal million-dollar businesses. At least, that’s what happened in Vietnam, as another high-ranking police official has been busted for protecting an illegal online gambling ring worth a reported $420 million. 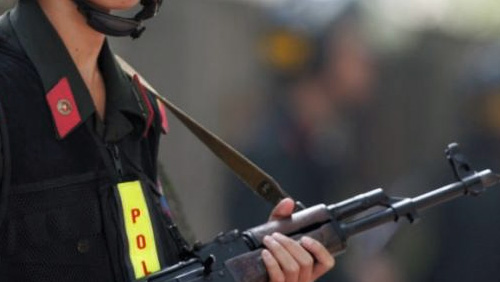 Phan Van Vinh, formerly the director of the General Police Department at the Ministry of Public Security (MPS), has been arrested in Vietnam’s Phu Tho province for abuse of power. Investigators determined that Vinh worked with another individual in the MPS, as well as outside players, to create the gambling ring. The others were identified as former MPS Director of Cyber Crime Nguyen Thanh Hoa and Nguyen Van Duong, the chairman of CNC, a tech security development company. In addition to the arrest of these three, Phan Sao Nam, formerly the board chairman of online communications giant VTC, was also detained.

According to one unidentified source, Vinh knew from the beginning about the illegal gambling ring, but didn’t do anything to stop it or to report it to the MPS. Investigators have indicated that he will be held for a minimum of four months while the investigation continues. His house in the Nam Dinh Province, located over 100 miles from Phu Tho, was searched, but investigators reportedly only seized several documents and a small amount of cash.

For his actions, Vinh has reportedly only admitted, “I was wrong,” a source told Vietnam Express.

The illegal gambling operations had been running since April of 2015. They were uncovered last May after the arrest of an individual who admitted to using mobile prepaid cards in the online gambling games. This led to an investigation, which found that the gambling ring was using online game portals resembling professional casinos. The portals had attracted approximately 14 million players who bet a total of around $418 million.

Vinh is a former lieutenant general who led Vietnam’s highest police force from December 2014 until April 2017. He had overseen a number of high-profile cases, including those of several mass murderers and corrupt wealthy bankers. So far, 88 people have been arrested in the gambling bust, but there has yet to be any evidence showing exactly how deeply Vinh was involved or how much money he may have collected.