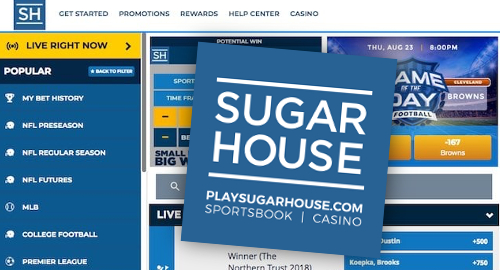 The sportsbook launch followed one day after MGM Resorts launched its new mobile betting app via its playMGM brand, spoiling the brief monopoly that daily fantasy sports operator DraftKings had enjoyed via the launch of its Kambi-powered app earlier this month.

WEST VIRGINIA, BETTING MAMA
DraftKings announced earlier this week that it had applied to offer sports betting in West Virginia, although the company has yet to publicly identify its land-based partner. On Thursday, DraftKings CEO Jason Robins told Yahoo that the company’s sports betting revenue would likely eclipse its DFS revenue “probably sometime in the next two to three years, would be my guess.”

Also setting down WV roots is International Game Technology (IGT), which announced Wednesday that it had been issued an interim license by the West Virginia Lottery Commission to provide its PlayShot sports betting platform to any WV casino operator that’s interested.

CDI GOES LIVE IN MISSISSIPPI
We close in Mississippi, where Churchill Downs Incorporated (CDI) has launched wagering at its Harlow’s Casino Resort & Spa in Greenville and the Riverwalk Casino Hotel in Vicksburg. CDI’s betting operations are being conducted under its new BetAmerica Sportsbook brand.

CDI’s CEO Bill Carstanjen said the Mississippi launch was “a great opportunity” to pop the company’s betting cherry, and CDI planned to “take everything we learn from their experience to improve our offering in Mississippi and other markets over time.’