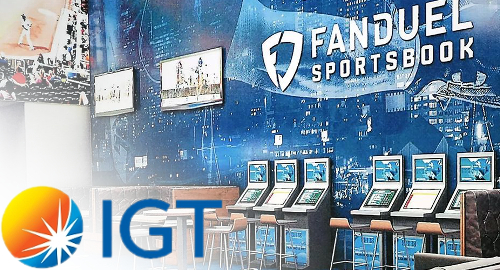 New Jersey gaming regulators have warned Atlantic City casinos that they won’t be offering sports betting this football season unless they light a fire under their software coders.

This weekend, the Associated Press quoted New Jersey Division of Gaming Enforcement (DGE) director David Rebuck warning AC’s casino operators to submit their sports betting software for testing by the end of business on Monday (16) or run the risk that they won’t be approved to offer legal wagering in time for the upcoming NFL season.

Without offering specifics, Rebuck said a number of operators had yet to submit their sports betting platforms as of one week ago. The DGE warned casino operators on July 9 that the clock was ticking on their technology testing, given the regulator’s need for “a reasonable amount of time to evaluate and test all of this.” The NFL season officially kicks off Thursday, September 5.

Late Monday, the Associated Press reported that the DGE had received five additional sports betting applications – two for land-based wagering and three for mobile betting – although the regulator declined to identify the applicants by name.

The AP said both Caesars Entertainment and the Golden Nugget were among the applicants, with Caesars looking to add retail betting at Harrah’s and Bally’s as well as mobile betting at all three of its AC venues, while the Nugget sought both retail and mobile approval.

The plan is to integrate Paddy Power Betfair’s pricing, trading and risk management capabilities into a bespoke interface on the IGT platform, all of which will operate under the FanDuel brand in New Jersey.

The announcement was timed to this weekend’s launch of the FanDuel-branded sportsbook at New Jersey’s Meadowlands racetrack, after the parties inked a betting deal last month. The track reportedly handled over $1m in wagers in its first two days of operation — despite some apparent sticker shock at the book’s pricing of certain betting markets — with the ceremonial first wager placed by longtime NJ gambling advocate Ray Lesniak.

For the moment, the Meadowlands wagering is entirely over the counter, but IGT says self-service kiosks and other retail services are coming soon, as well as online and mobile wagering, pending formal approval by the DGE.

IGT has extensive experience providing sports betting technology in Nevada on behalf of MGM Resorts casinos, as well as for the MGM-owned Borgata casino in Atlantic City. IGT was also recently revealed as the sole bidder to provide wagering tech for Rhode Island’s casinos and has wide betting outside the US, including Italy.