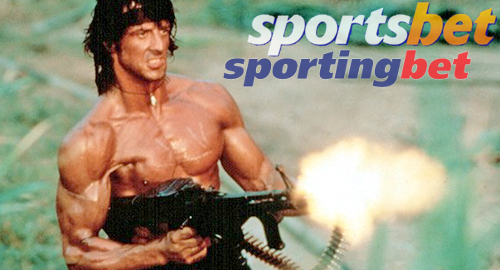 Australian online sports betting operator Sportsbet has drawn first blood in its trademark fight with down under betting rival Sportingbet.

On Wednesday, the Sydney Morning Herald reported that the Federal Court had granted Sportsbet’s request for a temporary injunction against Crownbet’s rebranding plans. The court evidently found sufficient merit in Sportsbet’s claims that the two brands were substantially similar and that the planned Sportingbet reboot was likely to create confusion among Aussie punters.

A Sportsbet spokesperson claimed the injunction reflected the court’s agreement with Sportsbet’s argument that “consumers will be misled into thinking services offered under a Sportingbet brand are connected or associated with Sportsbet.” The spokesperson vowed that Sportsbet would continue to “take all necessary action to protect its brand.”

A CrownBet spokesperson expressed disappointment at the court’s decision, saying the company would “examine the decision closely and consider all options available to us.” TSG must now decide whether to continue the legal fight, which, factoring in appeals, could stretch on for some time, or proceed under an alternate branding strategy.

PADDY POWER BETFAIR – FANDUEL US UNION COMPLETED
In other positive Paddy Power Betfair news, the company announced Wednesday that the merger of its US-facing operations with daily fantasy sports operator FanDuel is now complete. The combined operations of Betfair US, race betting and broadcasting business TVG and Fanduel will now operate under the FanDuel Group umbrella.

The merger was intended to capitalize on the new US legal sports betting environment, and the new US partners have already scored retail, online and mobile betting technology deals with West Virginia’s Greenbrier Resort, New Jersey’s Meadowlands Racetrack and New York’s Tioga Downs, although the latter is dependent on state legislators approving wagering, hopefully some time next year.