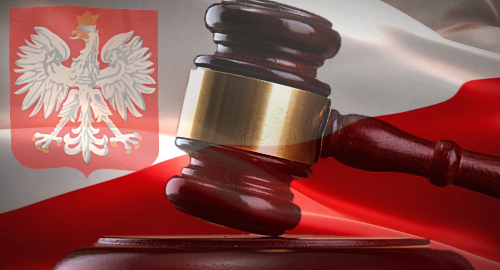 Poland’s online gambling blacklist has been upheld by a local court as permissible under the country’s gambling laws.

Last week, Polish media outlet Gazeta Prawna reported that the Provincial Administrative Court had upheld the Ministry of Finance’s right to compile and publish a list of online gambling domains deemed to be serving the country’s gamblers without local permission.

The blacklist had been challenged by a number of unspecified international online gambling operators who argued that the Ministry had no right to besmirch their good names by adding their domains to the blacklist without a court order.

Polish internet service providers are compelled to block local punters’ access to the offending domains, something even the Polish ombudsman believed represented “a serious risk to freedom of speech and access to information.”

But the Court noted that the amended Polish Gambling Act had been submitted to the European Commission, which found no issues with its restrictions. As such, the Court found that the Ministry was within its rights to swing its censorial ban-hammer as it saw fit.

Poland’s online gambling blacklist now contains nearly 2,400 naughty domains, including several hundred variants of the Curacao-licensed Casino-X that were added at the end of June.

SLOTS ROLLOUT IS GO
While Totalizator Sportowy’s Playtech-powered online casino isn’t expected to launch until September or October, the monopoly is finally getting around to launching its land-based slots parlors. A pilot project that will see 50 land-based venues featuring a total of 1,200 slots got underway late last month as the first venues opened in Warsaw, Krakow and Bygdoszcz.

Assuming Polish society doesn’t implode from these first test venues, Totalizator Sportowy plans to open a further 250 slots parlors in 2019, bringing the installed slots base to a maximum 38k machines. But the monopoly has placed an advert seeking technical help in monitoring its slots that suggests the company is making up a lot of its plans as it goes along.

The ad seeks a technician to help the monopoly monitor and analyze its slots returns and its slots players’ behavior, with the ultimate goal of creating solutions that boost slots revenue. Word to the wise, but Totalizator Sportowy is looking for an applicant who has a “resistance to stress and the ability to work under time pressure.”