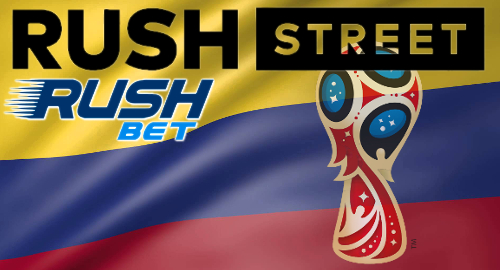 UPDATE: Rush Street Interactive President Richard Schwartz asked to clarify that the ‘Value of the Contract’ reported by Coljuegos is not “an ‘agreement to pay’ for obtaining the license.” The intention “is to obtain the proper level of insurance for compliance guarantees. That is all.”

Schwartz cited the Colombian regulation that specifies that “the calculation of the value of the contract will be understood as the sum of the exploitation rights and the corresponding administrative costs projected by the operator.” The projection isn’t binding.

The original article appears below:

The digital division of US casino operator Rush Street Gaming has been issued an online gambling license in Colombia.

Coljuegos said Rush Street’s new license was valid for a five-year term, for which the company has agreed to pay COP14.2b (US$5m). That’s the highest sum Coljuegos has imposed to date on an online licensee and a significant premium to the COP7.85b that Spanish operator Sportium paid for its five-year license in March. It’s also higher than the COP11.2b that Spanish operator Luckia paid for its diploma in February, which had been the priciest license to date.

Hidalgo had previously stated that he hoped to have approved 20 online licensees by the time the 2018 FIFA World Cup kicks off. Given that the tournament gets underway on Thursday (14), Hidalgo either has a flurry of announcements to make over the next few days or will have to swallow his disappointment at coming up short.

As of April, Colombia’s online gambling licensees had registered over 614k local customers, who have collectively wagered over COP75b (US$26.2m) with Colombian sites. Of this sum, Coljuegos’ own share totaled COP11.3b, of which over half has gone to fund local health care initiatives.

Coljuegos recently announced a major crackdown in the city of Barranquilla, where police raided 19 venues and seized 110 unapproved casino and sports betting terminals that connected users to 27 different “online game modules.” Hidalgo claimed these operations had been generating an annual return of COP10b for their operators.