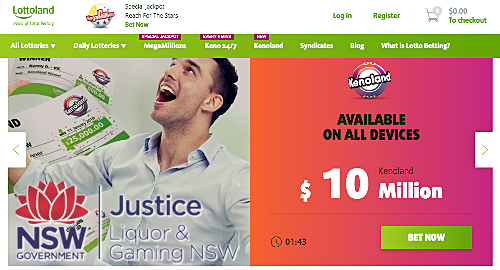 On Thursday, the Australian reported that Liquor & Gaming NSW had sent Lottoland a letter indicating that it was conducting an initial assessment of the company’s complaint that rival Tatts may have violated its licensing obligations by engaging in a A$5m “misinformation” campaign designed to turn the public, government and lottery newsagents against Lottoland.

The campaign led Lottoland’s regulator, the Northern Territory Racing Commission, to prohibit the company from offering wagers on domestic lotteries. The federal government subsequently introduced legislation to ban betting on lottery or keno results, a scenario Lottoland has vowed to challenge in court.

In the letter to Lottoland, Liquor & Gaming NSW deputy secretary Paul Newson said the regulator would let the company know the results of its investigation at an unspecified future date and whether any remedial action or “further regulatory action” was warranted.

Lottoland has accused Tatts of dishonestly seeking to protect its own lottery operations which, following Tatts’ recent merger with lottery and betting operator Tabcorp, created what Lottoland called an “unprecedented” Australian lottery monopoly.

Lottoland recently upped the ante by claiming to have obtained documents indicating that the ALNA had inflated the scale of its support from local news agents by 80%, leading Lottoland to accuse the ALNA of misleading both the government and the public.

Last month, the Newsagents Association of NSW and ACT (NANA) announced that it was open to some form of revenue sharing deal to offset the impact of Lottoland’s business on its members’ retail sales. Lottoland had offered Aussie newsagents a 20% cut of profits generated by referrals from newsagents to Lottoland’s site.