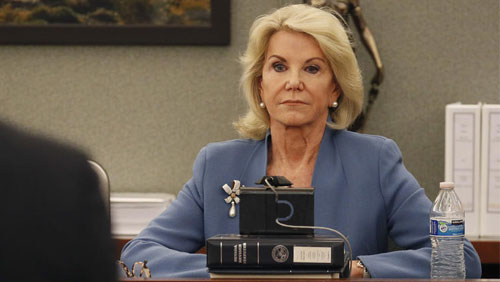 The battle for the board has been heating up at Wynn Resorts, with Elaine Wynn trying to capitalize on her majority shareholder status to sway the future of the company. While the “legacy

board,” as she calls it, has resisted, she has continued the fight. The majority of her energy has been focused on ousting sitting director Jay Hagenbuch at the end of his term this month, and it looks like she may have just found a couple of allies.

This past weekend, corporate advisory firms Glass Lewis (GL) and Institutional Shareholder Services (ISS) announced their recommendation that Hagenbuch not be reelected when the board meets on May 16. The two firms have a lot of influence on how corporations make decisions, and their endorsements could prove to be the undoing of the “old boy’s network” at Wynn Resorts.

ISS stated on Saturday that Hagenbuch is “part of a legacy board that oversaw material failures in governance and risk oversight” and that his presence on the board does “not seem to outweigh the risks associated with permanence.” On Friday, GL announced that it was “inclined to conclude there may be greater value in effectively objecting to Mr. Hagenbuch’s nomination, which should be considered against his questionable role on the special committee reviewing accusations against Mr. Wynn and his shared culpability for years of misaligned compensation practices that Glass Lewis continues to believe are problematic.”

Elaine Wynn has repeatedly claimed that Hagenbuch’s undying support for Steve Wynn, the company’s founder and former CEO, proves that he is unworthy to continue to serve as director. She has made calls to shareholders to not vote for him during the upcoming elections, and wants to bring in fresh blood to the board. Not surprisingly, the board is pulling out all stops to try and keep Elaine from getting her way.

After Steve Wynn brought embarrassment to the company over allegations of sexual misconduct, he resigned and sold all of his shares. This resulted in Elaine Wynn becoming the casino giant’s majority shareholder. She immediately set out on her quest and has continued to fight for changes. In response, the board has nominated three women for potential election onto the board later this month.

Ms. Wynn’s latest assault came last week when she sued the company after the board refused to deliver shareholder contact details as is written in the company’s bylaws. The board subsequently gave up the information, but the lawsuit stands. Ms. Wynn argued that the delays by the board were intentional and designed to prevent her from adequately addressing shareholders, which means the shareholders’ best interests were not addressed.