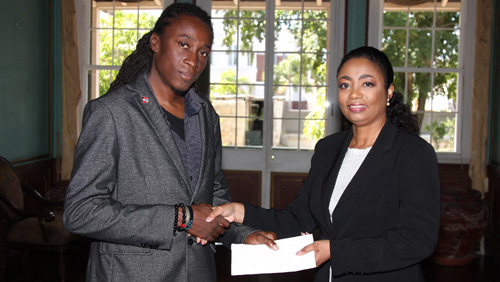 Gambling software development company Playtech has gone the extra mile—more than 3,900 miles to be exact—for residents of Antigua and Barbuda, who are still suffering from the havoc caused by Hurricane Irma.

Nigel Pigott, general manager of the Isle of Man-based gambling company, visited Antigua and Barbuda last week to personally hand over a check for $25,000 donation to Lady Sandra Williams at the Government House.

The money will go towards a Halo Foundation initiative, called “Project Home,” whose goal is to supply furniture and equipment in homes across Barbuda that have been destroyed in the wake of Hurricane Irma.

“It is our civic and moral duty to help each other as much as we reasonably can, especially when it comes to losses that affect so many aspects of livelihood,” Pigott said in a statement coursed through the Halo Foundation.

For her part, Lady Williams said Halo will be working closely with the Barbuda Council, the Waitt Foundation, Samaritan’s Purse and other charitable causes to ensure that the distribution of supplies is executed as smoothly and as equitably as possible. Status reports will also be provided to the Ministry of Barbuda Affairs at different project milestones, according to Lady Williams.

Founded in 2014, Halo Foundation is a non-profit organization created by Antigua and Barbuda Governor General Sir Rodney Williams and Lady Sandra Williams “to bring greater attention to the social welfare needs of the less fortunate citizens” of the sovereign state.

An estimated 1,800 residents in Barbuda were left essentially homeless in September after the island was devastated by Irma’s Category 5 fury, which flattened 95% of the island’s structures. Unlike the region’s other islands that suffered Irma’s full fury, Barbuda has no major European power behind it to bail it out, leaving its government to seek help from the international community at large.

Meanwhile, the Consulate General of Antigua and Barbuda in Miami has also set up the Official Barbuda Relief Fund with a fundraising goal of $100,000. The funds raised will be put toward immediate relief, including food, water, medicine, baby formula, clothing and building materials.