Home / Business / Becky’s Affiliated: A year in review- how the gaming industry is making a difference 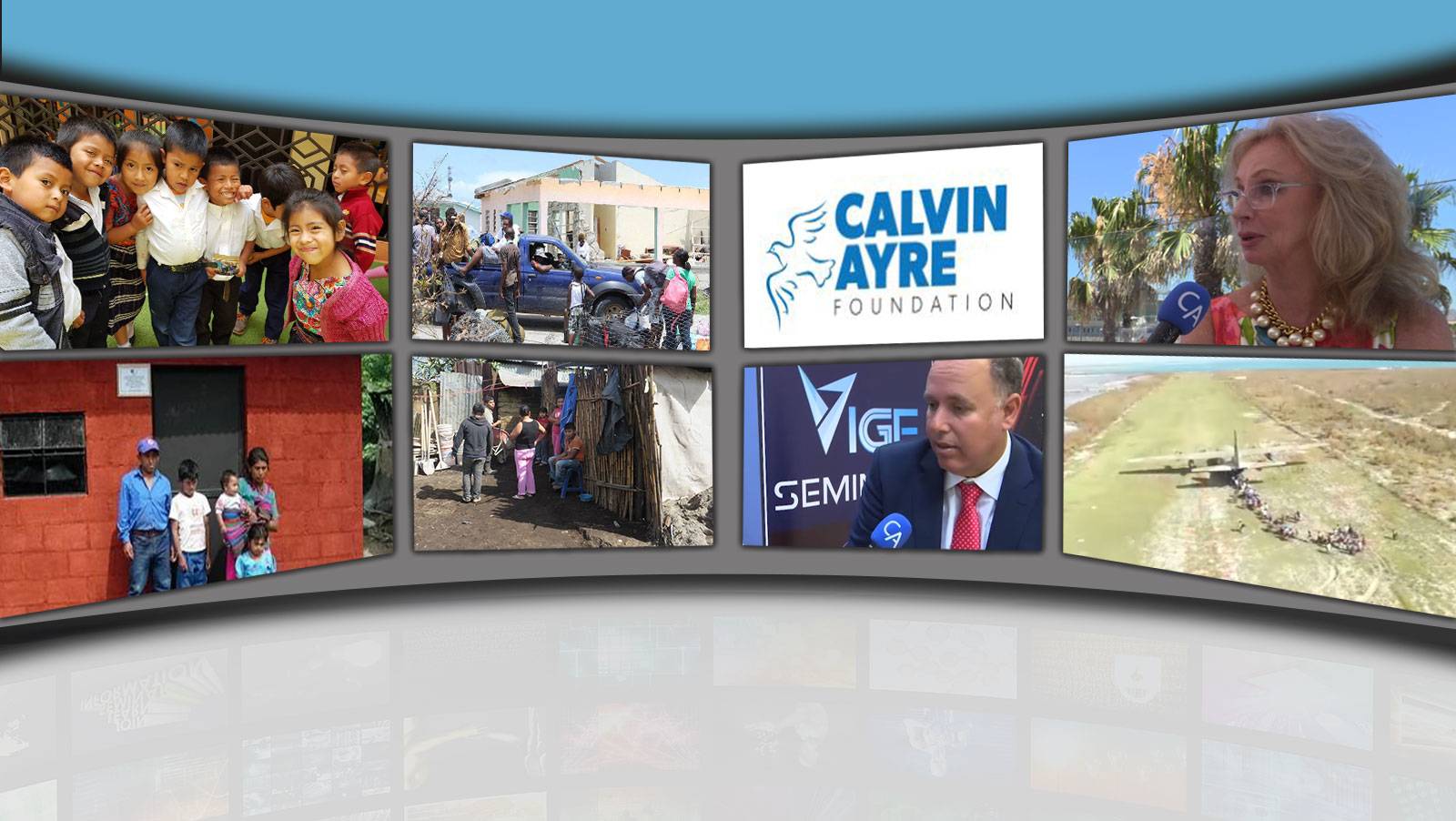 When my Editor-in-Chief asked me to put together this post, I was already aware of Calvin Ayre’s work, some of the industry events that support charities and a handful of corporate or personal initiatives through my interviews and every day conversations.  It wasn’t until I started looking for more examples of charity work that I realized just how much our industry is doing.

My first thought after uncovering such a wealth of examples was Jan Jones Blackhurt’s statement during WGES that we need to do a better job of sharing our charitable work as an industry, from a recruitment, internal and external reputation perspective.  The gaming industry still struggles with a bad reputation, why not educate others on the good work we are doing for those in need?

“The gaming industry has a valuable story to tell, we just don’t know how to tell the story”, Jones-Blackhurst said.

The charities our industry works with range from giving back to gaming-friendly jurisdictions such as Malta and Antigua, charities that support illness or disabilities that we have in our own circles, charities we’ve set up ourselves, charities associated with a sport we love, natural disaster relief, or simply donating money and/or time because it’s a wonderful thing to do.

Today I would like to shift the spotlight to those companies and individuals who have accomplished outstanding charitable acts in 2017 no matter how big or small, in an effort to thank them for a job well done and to inspire us to do more in the years to come.

-In 2017, the Calvin Ayre Foundation donated $274,000 to Barbuda relief operations, $93,500 to the “Am Able Conference”, an event promoting, protecting and monitoring PWD rights in line with the International Day for Persons with Disabilities, $136,000 to Care Project, $130,000 to Friends of the Care, a charity promoting general health, welfare and interest of abandoned and/or disabled children and $188,000 towards a Decompression Chamber to Mount St. John Medical Center, a device helping local fishermen and divers recover from decompression sickness.

“Everyone who enjoys success in life has a duty to give back to others less fortunate.”- Calvin Ayre, The Calvin Ayre Foundation

“This year, we were recognized by Points of Light on the organization’s Civic 50 list of the nation’s most community-minded companies for our contributions to organizations like Meals on Wheels America and Clean the World. We also continued our industry-leading work on combating sex trafficking in this business. Finally, for our commitment to employees, we received two employee engagement awards, the 50 Most Engaged Workplaces in North America award from Achievers and the Reward and Recognition Company of the Year award from Employee Engagement Awards.” -Jan Jones Blackhurst, EVP of Public Policy & Corp Responsibility, Caesars Entertainment

-The BiG Charity Dinner raised over 30,000 Euros at SiGMA in Malta this year, the money raised will go to a number of charities in Malta, Africa, UK and USA.

“It is important that as an industry we are seen to be giving back. In an era where we are under the spotlight it is nice to highlight some real positives.  2018 looks to be full of potential for BiG and its partners in raising money.” Richard Hogg, The BiG Foundation.

“The entire team behind SiGMA takes CSR very seriously, not only throughout the year, but especially during Malta Gaming Week.  The Gaming Awards and the charity dinner are a match made in heaven.  Every penny that is collected from the Awards goes to charity. The plan is to keep building on this winning formula for years to come and keep raising healthy sums of money for a number of great causes.”- Eman Pulis, SiGMA Founder & CEO

-Vegas Kings has been actively involved in donating money and services to orphanages, old age homes and an animal shelter.

“South Africa is a poor nation and we have always enjoyed playing our part and paying back to the community.  Clothing, blankets and food is something that we focus on regarding our donations.  We found that the local orphanages are very badly maintained so we also like to find out what is needed and then pay a handyman service to go fix the issues.  Although we contribute, we look forward to being able to do more as we grow as a company.  Giving is not about making a donation, it’s about making a difference!”-Moshe Adir, Founder, Vegas Kings

-James King of iGaming Business raised just over £22,000 for MENCAP via the “toughest footrace on earth” across the Sahara.

“The whole iGaming industry was fantastic with their support and donations coming from both individuals and businesses, Matching Visions donated £1,000 to put a small logo on my sleeve for example and the likes of Jon Thompson made large personal donations, it shows just how nice an industry this is that we work in. The biggest support and therefore thanks also came from within, my sponsor Andy Jones and his company AliQuantum who have been there from day one and supported me and MENCAP in absolutely every shape and form.” -James King, iGaming Business

-AliQuantum Gaming has donated tens of thousands of pounds for good causes including King’s Sahara race, the BiG Charity Dinner, the Duke of Edinburgh Award Scheme in their home town of Poole and more, all in 2017.

“It’s well know that we like to have fun in this industry, but over time I think we’ve gotten pretty good at combining the parties with giving back and doing some good.  We also donate money to the Macmillan Cancer Charity, a charity that is close to me and my kids’ hearts after losing their mum Suzie to cancer in 2016.”- Andy Jones, Owner, AliQuantum

-Catenia Media supports a number of charitable institutions and Malta-based NGOs, including a donation of laptops to “Children Dreams”, sponsorship of the KOPIN Charity event and contributing funds to Inspire, an NGO supporting individuals and families affected by disabilities.

“The charities we have chosen to support make up an integral part of the community we are part of on this island, and even the smallest of donations can make a big difference.”- Damien Azzopardi, Catena Media

-Pentasia Co-Founder Rob Dowling and his family set up a charitable foundation, Oliver’s Wish, in memory of his son, Oliver Dowling, who tragically passed away in the autumn of 2015.  In 2017, colleagues and friends from the gaming sector have taken on the Three Peaks Challenge, London to Brighton bike ride, the London Marathon, various Tough Mudders, half marathons, 10k’s, sponsored walks and cake bake sales in addition to helping to organize a celebrity charity rugby event, all in the name of Oliver’s Wish. 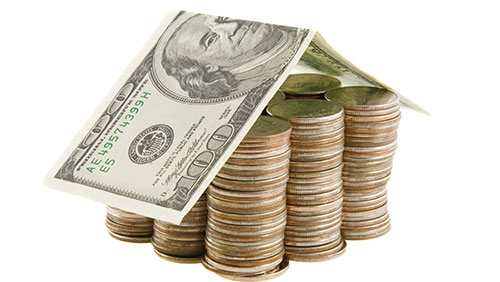 charities we support through the foundation.  We have some ambitious international plans for the Oliver’s Wish Foundation in the next couple of years and these will involve the ongoing support from the Gaming industry.  We are unbelievably grateful for the enthusiasm and continued interest we receive and would like to take this opportunity to thank everybody that has donated and supported us so generously to date.”- Rob Dowling, CEO Pentasia

-Sue Schneider, long-time and semi-retired iGaming professional, is delighted that she is now able to dedicate a good portion of her time to charity work.

“It was a busy hurricane season and I ended up spending two weeks in the Houston area and one week helping the Calvin Ayre Foundation’s work on behalf of Barbuda, Antigua’s sister island.  Volunteering has been a longstanding tradition for my family.  But I’m so pleased to see more and more companies AND individuals in the industry helping out with a variety charitable efforts.  It’s a good thing when the industry gives back.”- Sue Schneider, eGaming Brokerage

-Charity and giving back to the community is one of the core values of iGaming idol, with the Malta Community Chest Fund as their patron charity.

“At iGaming idol we really focused on the charity aspect with great success in 2017. Besides contributing 10% of the revenue generated from the main event, we also organized a pre-charity event at the San Anton Palace (Maltese President home) and managed to collect €13600 this year over the two.”, Jeff Buttigieg, Remax Malta

-Each year, Mr. Green gives their employees extra vacation time and funding to go work with a charity.

-Yobetit organized music charity event at the Malta airport in the summer of 2017.

-XLMedia is active in Cyprus and Israel supporting underprivileged children education programs.  Ory Weihs and team will be participating in “Night Run Tel Aviv” through Sunrise, a charity supporting children with cancer and their families.  XL Media are also working on a project with Hinuch Le Psagot, including a group of 15 children in ninth-tenth grade who come to the XL Media offices to experience the high-tech world and rich environment in content and activity.

-Keith Williamson, an iGaming Consultant, will soon be donating his hair to a cancer charity in Israel.

-Andreas Curmi, Key Official, participated in a charity bike ride for Abandoned Animals in Malta and does so every year.

-The Offshoreinsiders.com CEO volunteers his time four days a week during the school year to help at risk children have a chance at life.

-Starting in 2017, former iGaming professional Julia Wild decided to dedicate herself full time to Guatemalan charity From Houses to Homes.

-OLBG members have the opportunity to donate their prize winnings to a charity OLBG runs and OLBG then doubles the donation, with £25k raised so far.

-Rod Briffa of the iGaming Services Network is involved with RMJ Horse Rescue, a Maltese association saving horses from slaughter.

-Bit8, a Malta-based organization, sponsored a concert this summer for ALS patients and during Easter and Christmas they were and will be collecting funds for children in need.

-Renee Mate of Rewards Affiliates donates a portion of her salary each month to the Kids with Cancer Foundation in Australia.

-iGaming Affiliate Christine Marrah has dedicated a huge portion of her time to 2017 Team Rubicon USA volunteer work, an organization that unites military vets with first responders to deploy emergency response teams around the world.

-Islands Lotto has donated £30,000 out of prize winnings to The Islands Foundation this year, which was set up to benefit sporting, educational, cultural and community projects in the Channel Islands.

And I’m sure the list goes on and on.

I would like to congratulate our industry for all the amazing charity work completed in 2017 and also challenge us to accomplish even more in 2018.  I would also like to encourage everyone to please send CalvinAyre.com PRs about good work they are doing so we can help spread the word and inspire others to help those in need.

For some additional inspiration leading up to the holidays, he’s an oldie but a goodie for all to enjoy…