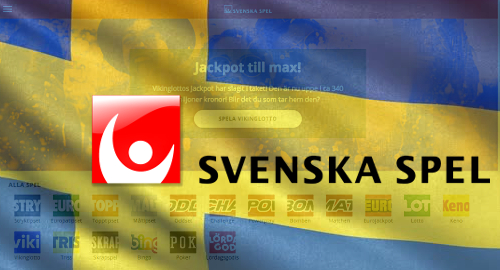 Sweden’s Ministry of Finance published the full text of its new gambling legislation on Sunday, spelling out the details of the regime that will allow international online gambling operators to apply for local licenses for the first time.

But Sweden has pumped the brakes on plans to privatize Svenska Spel, which currently enjoys a monopoly on online sports betting and other gaming options. The current plan is for Svenska Spel to maintain its sole control over land-based casinos and slot machines, while competing with private operators in the newly liberalized online gambling market.

Private operators previously expressed concern over this plan, saying Svenska Spel will enjoy an unfair advantage, including being able to market its online operations directly to its database of land-based gamblers. Kindred Group, the parent company of Unibet, is urging the government to privatize Svenska Spel’s online operations to ensure it doesn’t enjoy other competitive advantages, including the obvious favor of the state.

eGaming Review quoted Kindred’s Nordic head of public affairs Pater Alling saying “it is from a competition law point of view extremely important that Svenska Spel is split into two independent entities” and that failing to impose “basic competition regulation will seriously endanger the outcome of the reform.”

Alling further claimed that “the proposal to parliament reveals that the government has no intention to take necessary actions to ensure a fair and competitive market. Instead, it wants to protect the dominant position of the state-owned operator.”

Svenska Spel has been taking steps to prepare for the new online market. The company has long chafed at its inability to match the online casino offering of its international competitors, but announced a deal last week with NYX Interactive / SG Digital to provide the state-owned operator with an online casino platform.