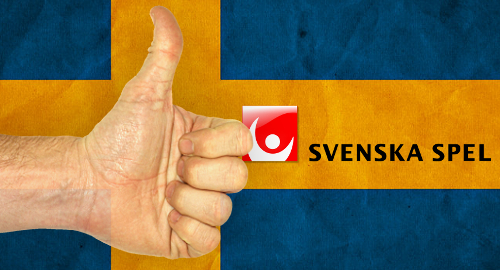 Friday saw the filing of a 1,340-page report (downloadable, in two parts, in Swedish, here) from a government-commissioned panel headed by Lotteriinspektionen general director Hakan Hallstedt, who is leaving gaming to become a judge in May.

As previewed earlier this week, the report calls for the end of the online gambling monopoly currently held by state-owned Svenska Spel. However, Svenska Spel would retain its monopoly on land-based casinos and slot machines, and the country’s lottery market would remain similarly off-limits for foreign operators.

Internationally licensed online operators would be allowed to apply for Swedish licenses, provided they’re willing to pay 18% tax on revenue derived from Swedish punters. Operators would need to obtain individual licenses for each online gambling vertical they wish to offer, while technology suppliers would have their own license category.

Assuming the government goes along with the report’s recommendations, Sweden’s significant online grey market would turn decidedly black, and operators who continue to serve Swedish punters without a local license would face strict penalties.

Lotteriinspektionen would be in charge of overseeing online operations and would be expected to achieve a 90% ‘channelization’ rate — aka ensuring that 90% of Sweden’s online market is controlled by locally licensed operators – within two years of the new regime taking effect.

The report believes the new regime should take effect in January 2019, shortly after the nation goes to the polls in September 2018. The government will need to come up with actual legislation long before that vote in order to ensure such a weighty matter receives the appropriate level of legislative bickering and posturing.

Svenska Spel CEO Lennart Käll welcomed the report’s recommendations, saying it would put all online companies under the same rules and conditions. Käll has long complained that Svenska Spel’s lack of an online casino product hindered the company’s ability to compete with its unhindered international rivals.

Reaction from international online operators has been largely positive, although some have reserved final judgment until they’ve had time to wade all the way through the massive document.

Kindred Group, the parent company of Unibet, has already signaled its willingness to apply for a Swedish license and urged the government to enact the report’s proposals swiftly and with minimal changes, as the channelization goal is only possible if there are “no uncertainties.”

Sweden’s media guild Tidningsutvivarna (TU), which has warred with the government over the right to accept advertising from online operators, also welcomed the changes, saying an uninterrupted supply of gambling ad revenue will help underwrite quality journalism.