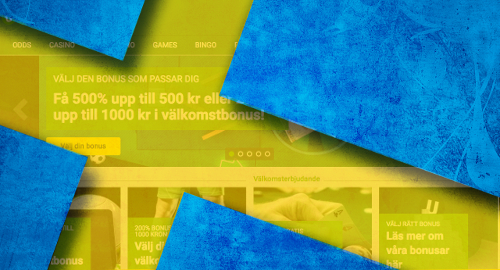 Figures released this week by Sweden’s Lotteriinspektionen gaming regulator show the overall domestic regulated market enjoyed net revenue of SEK 17.1b (US $$1.93b) in 2016, 3% higher than in 2015. Meanwhile, international online gambling sites serving Swedish punters are believed to have seen their Swedish market revenue jump 16% to SEK 5.1b.

The international online revenue growth is greater than that reported by state monopoly Svenska Spel, which reported overall revenue flat at SEK 9b, with land-based revenue falling 3% to SEK 7.07b and online revenue up 14% to SEK 1.92b. Svenska Spel’s FY16 report showed mobile gambling sales up 57% year-on-year, thanks in part to the Q4 launch of a new mobile bingo product for both phones and tablets. Svenska Spel’s operating income inched up 1.3% to SEK 4.8b last year.

The ATG horseracing monopoly’s overall revenue was up 9% to SEK 4.07b, driven primarily by its online betting operations, which rose 16% to SEK 2.1b. The Postcode Lottery was flat year-on-year at just over SEK 2b, while the People Games lottery rose 10% to SEK 680m.

The average Swedish household spend 2.4% on their disposable income with domestic gambling operators in 2016, equating to around SEK 6,062 ($685) per adult resident. Those pesky international sites are estimated to have added around SEK 650 to this total. Factoring out winnings, the average adult Swede lost SEK 2,164 to gambling last year.

Svenska Spel is widely expected to be privatized in the near future if Swedish legislators proceed with their plans to liberalize their online gambling market. However, the timetable for those plans was thrown into some doubt last month following the surprise announcement that Lotteriinspektionen general director Hakan Hallstedt would be stepping down at the end of March.

The original plan was for Sweden’s Ministry of Finance to submit a report to the legislature by March 31 detailing its recommendations for gambling liberalization. Legislators would then spend the rest of the year tweaking these plans and the new regime would hopefully kick in before Swedes head to the polls in September 2018.