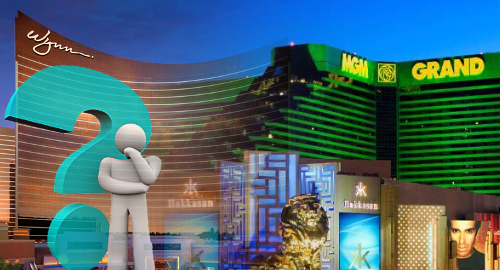 Casino operator MGM Resorts is having “back-channel” about a potential acquisition of rival Wynn Resorts, according to media reports.

On Thursday, the New York Post reported that MGM execs had made “back-channel approaches” about possibly acquiring Wynn. Sources said no official talks had taken place, but claimed that Wynn if CEO Matt Maddox “gets his price, he’ll sell.”

For the record, this isn’t the first time Wynn’s name has been bandied about as a potential acquisition target. Last year around this time, social media fueled rumors that Las Vegas Sands was the one kicking Wynn’s tires. Nothing ever came of these rumors.

The difference now is that Wynn is in a state of flux following the forced exit of its founder/CEO/chairman Steve Wynn, who resigned in February amid a mounting tide of sexual harassment allegations. Steve has since sold off his 11.8% stake in the company he founded, half of which was acquired by Macau casino operator Galaxy Entertainment Group.

MGM’S LANDLORD BUYS OHIO CASINO
Neither Wynn nor MGM is commenting on the rumors, but MGM’s real estate investment trust MGM Growth Properties (MGP) just announced a $1.06b deal to acquire the Hard Rock Rocksino Northfield Park casino in Ohio from its owner Milstein Entertainment. MGP will fund the deal via a mix of cash on hand and debt.

Rocksino features 2,300 video lottery terminals, a 1,900-seat music venue, a 250-seat event space and the usual assortment of dining and retail options. The casino also sits on 110 acres of land sandwiched between Cleveland and Akron.

MGP currently doesn’t operate any actual casinos, and it stated that it will most likely sell the entities holding the gaming licenses and operating assets to a third-party operator. Once that’s done, MGP expects to reap annual rent of between $50m and $60m from the new owner.

STEVE DOES HIS MR. MAGOO ACT
Meanwhile, Steve Wynn filed a $75k defamation lawsuit in federal court in Nevada against Lisa Bloom, a lawyer representing one of his many female accusers. Bloom’s client is a dancer who performed in a revue that ran at the Wynn Las Vegas from 2014 to 2016.

The Bloom Firm issued a press release on March 22 detailing the dancer’s allegations that, when Steve would attend rehearsals, all the dancers were instructed to strip down to their bras and panties and slather on extra makeup in order to appeal to Steve, who the press release claimed would “sit in the front row … and leer while the female performers danced particularly physically revealing segments of the show.”

Steve’s attorneys responded by claiming that Bloom’s firm “intentionally ignored the undisputed fact that Mr. Wynn was legally blind” during the periods he was supposed to be leering at dancers. The attorneys claimed it was “a matter of public record that Mr. Wynn has suffered severe problems with his eyesight for decades and has been legally blind since 2010.”

Bloom issued a statement saying that she would produce other witnesses to support her client’s claim and that Steve’s lawsuit won’t bully or silence her.