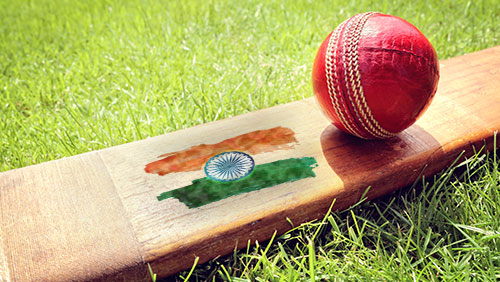 Daily fantasy sports (DFS) in India has enjoyed a rise in popularity over the past couple of years, due in no small part to it being classified as gambling. Lawmakers have said that DFS requires a great deal of skill—not just chance—and, as such, don’t fall under the category of gambling. Now, popular online poker site PokerBaazi is looking to expand its offerings by launching a DFS site called BalleBaazi.

The DFS portal launched at the beginning of the year and is operated by SBN Gaming Network Pvt. Ltd., GLaws.in reported. Despite being a part of PokerBaazi, BalleBaazi operates as an autonomous unit, with only limited oversight by PokerBaazi, which recently acquired a majority stake in the new site. The portal includes some of the standard DFS options, as well as micro fantasy formats and fantasy games that are specific to cricket and bowling.

PokerBaazi CEO Navkiran Singh said the investment is part of the company’s plans “to expand and grow online gaming in India as a whole.”

“Fantasy cricket has a huge scope in a cricket crazy country like India. Seeing a huge market potential and a very passionate and driven team of BalleBaazi, we decided this is the right time to get into fantasy sports. The synergy between our teams will certainly help us propel BalleBaazi to the top,” Singh said in a statement.

The DFS market is increasingly more competitive. However, BalleBaazi is introducing some formats that are not available through other portals. These formats, according to the company, are shorter and more fun than most of the existing options. BalleBaazi is also considering a sponsorship deal with Olympic boxer Vijender Singh to promote the portal. Singh is currently a brand ambassador for PokerBaazi.

DFS has steadily been on the rise in India. There are currently over 7 million DFS players and the amount grows on average by around 40% each year. Analysts predict that there will be more than 50 million players within the next couple of years. By way of comparison, the U.S. and Canada have a combined total of around 41 million players.