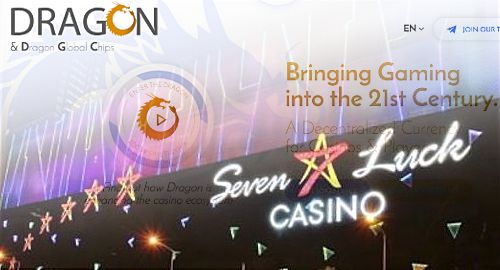 South Korea has developed a reputation as a cryptocurrency hotbed, although the government has at times expressed unease with the idea of linking crypto trading with its strictly controlled gambling market. It will be interesting to gauge the government’s response to Dragon’s GKL deal.

Dragon’s business model is based on reducing the estimated 5% charge that junkets pay to move funds from mainland China to regional gaming hubs such as Macau, Junket customers, meanwhile, pay anywhere from 5-7% to repatriate their winnings.

Dragon maintains that the use of DRG to fund the cross-border purchase of Dragon Global Chips (DGC) will reduce these costs closer to 1% (0.5% each way), thereby improving junket profitability and allowing the release of more stake money to gamblers.

Dragon claims to have already enlisted the support of four Macau junkets, although it was forced to contradict media reports linking Dragon to notorious triad figure Wan ‘Broken Tooth’ Kuok Koi. Dragon CEO Chakrit ‘Chris’ Ahmad insisted that Wan was “not involved in Dragon and he is not financing Dragon in any way.”

Dragon is pursuing its own Macau junket license, and plans to roll out its own network of DRG-compatible ‘Global Cash Machines’ that will be placed in all affiliated junket rooms. Dragon also plans to launch its own floating cashless casino/hotel in Macau that will be known as Dragon Pearl, which hopes to open to the public in H1 2021.

Dragon is intent on making inroads into other ASEAN markets, and plans to host a series of promotional events across the region to promote its products. The first of these events will be held this month in Bangkok, following by stops in Vietnam, Cambodia and Laos, before traveling to Japan and eventually the Chinese mainland.