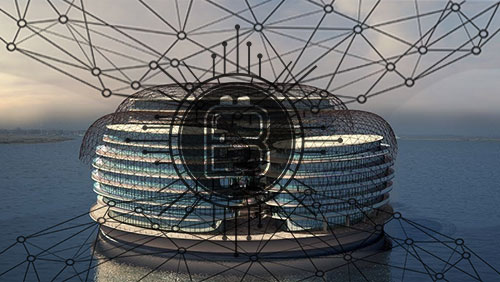 The appearance of ex-triad boss Wan Kuok Koi at a signing ceremony of Dragon Corp. in Hong Kong did not mean that the sexagenarian was in any way involved in financing the Macau’s gaming company’s $300 million floating casino.

The ambitious ICO, however, appeared to be in jeopardy after the South China Morning Post published photos that showed 61-year-old Wan at the ceremony. Wan, also known as Broken Tooth, served a 14-year sentence for illegal gambling, loansharking and criminal association.

Upon his release in 2012, the gangster boss reportedly announced his days with the triad were over, and instead signaled an interest in venturing into the junket business. His presence, however, at Dragon Corp.’s ceremony likely attracted even closer scrutiny from Chinese regulators who have already shut down fundraising activities in the country involving the sale of digital tokens.

at casino project. In an interview with Business Insider, Ahmad said they know Wan, but “not to a great extent.”

“He came to the event introduced by someone else as a prominent figure in Macau… He is not involved in Dragon and he is not financing Dragon in any way,” Ahmad said.

The Macau gaming company is looking to raise $500 million via an ICO that offers credit on behalf of the casino operators. Under Dragon Corp’s ICO, investors will basically become a junket shareholder, get revenues from utilizing blockchain technology, which they can plug back into the token. The tokens will be listed in multiple exchanges, so that investors will be able to “cash out” their funds via major digital currency exchange worldwide or Wi Holdings’ own exchange.

“We charge 0.5% [each way], taking only 1%. It’s much quicker, cheaper, faster, more transparent,” Ahmad told the news outlet. “You have full ownership of the tokens. It’s better in all aspects.”

There’s no word yet on the status of Dragon Corp.’s ICO.