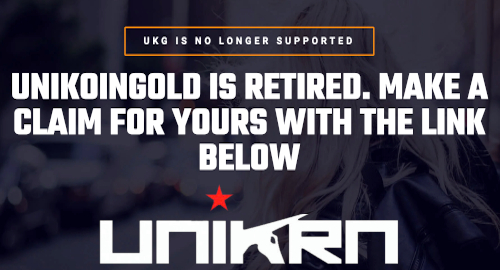 Online eSports betting operator Unikrn has reached a deal to pay $6.1m to US securities regulators to resolve a probe into its 2017 initial coin offering (ICO).

The Seattle-based Unikrn launched its UnikoinGold (UKG) token in 2017, raising $31m from rank-and-file investors and notable individuals such as billionaire investor Mark Cuban and Ethereum co-founder Anthony Di Iorio. But the US Securities and Exchange Commission (SEC) said Unikrn failed to register the offering or seek an exemption from rules regarding investment contracts.

Unikrn neither admitted nor denied the SEC’s allegations, but in a settlement order issued Tuesday, the SEC said Unikrn agreed to pay a $6.1m penalty — which represents “substantially all of the company’s assets” — to be distributed to “already-harmed investors” through a Fair Fund.

Kristina Littman, chief of the SEC Enforcement Division’s Cyber Unit, said failure to follow the SEC’s securities registration and exemption framework “harms investors and our markets.” In addition to ameliorating investors’ losses, the settlement “includes measures to prevent future sales to retail investors, including the [permanent] disabling of the tokens.” Unikrn has requested the removal of UKG from all digital asset trading platforms.

The announcement added that Unikrn had reached a settlement with the Washington State Department of Financial Institution to resolve violations of state registration provisions related to the ICO.

SEC Commissioner Hester Pierce issued a separate statement dissenting from the regulator’s actions, saying the SEC was “effectively forcing the company to cease operations.” Pierce’s view is that UKG didn’t constitute a securities offering and, unlike some other actions the SEC has taken against companies that embarked on ICOs, Unikrn “is not alleged to have engaged in any fraud” in issuing its token.

Pierce suggested the SEC should establish “a well-designed, narrowly tailored regulatory safe harbor” for companies like Unikrn, while warning of a chilling effect the SEC’s actions could have on other entrepreneurs, who, “having seen one too many Unikrns, may decide it wiser to shelve their most transformative ideas.”

Unikoingold.com currently displays a message saying the token is “retired” and instructs coin holders how to make a claim to the Fair Fund. The message also claims the SEC established guidelines after the UKG token sale “which, applied retroactively, raised many questions with regards to the future of UKG.”

Unikrn may be down, but it’s not out, vowing to “continue to offer regulator-approved wagering and other services with major currencies,” be they fiat or digital.

The past few years saw a flurry of gambling-related ICOs, many of which were total scams wearing only the flimsiest veneer of legitimacy. Operators (and players) interested in something with far more potential would do well to check out this site’s Bitcoin for Gambling section, which will help keep you on the straight and narrow (and infinitely scalable).