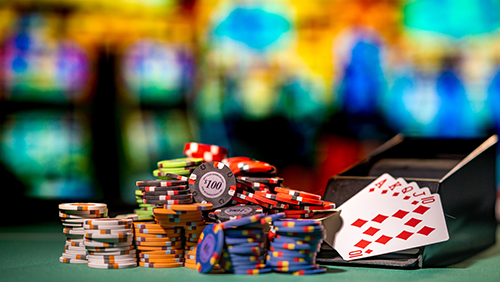 The whole focus of iGaming NEXT ONLINE: Adventure of Change Day 2 was marketing, and there are few companies that know how to market like Apple. Our very own Becky Liggero Fontana conducted a Fireside Chat with Rahul Sood, Co-Founder of Unikrn, and looked at how Apple’s success could be recreated for the gambling world.

Sood noted that Apple created a new phenomenon in marketing by building relationships with customers. “What people didn’t realize was that Apple had fans, not just customers,” he said. Those fans then told their friends to buy Apple products, evangelizing for the brand and reinforcing their marketing efforts.

When you compare that with an Apple competitor, like what once was a decently powerful personal computer company in HP, there’s no comparison really. The latter is soulless, with no community, no fans, and no one to push their products.

But how does one build relationship marketing. It starts internally. Sood said the company needs to have employees who are also a fan of what they working on. The ideal employee “lives, eats and breathes the product.” That creates an internal culture that rapidly becomes apparent to the customer.

The customer then, has to also “love the product so much that they become evangelists essentially.” That builds your brand for you, as your customer lets you know the brand they want you to be, rather than have the brand forced on them. “Brand is the last thing you should think about,” Sood said. “They really should be thinking about the customer, the product and the team culture, and then the brand forms itself.”

There isn’t much of that in the gambling space yet. Older brands like William Hill, Sood cited as an example, are seen as utilities rather than some exciting thing to live up to.

But it’s starting to change. He pointed to Penn National’s acquisition of Barstool sports as a great example. “Barstool brand is a great way for them to attract new customers,” he said.

Unikrn is trying to create their own relationship marketing. The company, which offers esports and streamer wagering, makes sure they have a 24/7 presence, allowing customers to also bet on virtual products, and even their own gameplay. “Your own skill, betting on yourself on a game you love to play,” as Sood put it.

As the esports and streaming crowd ad younger, Unikrn has a younger demographic, with an average customer age of 26. And the focus is on giving the customer exactly what they want. “We’ll create a brand that people will actually want to wear and be a part of.”

Liggero Fontana recalled that this formula sounded a lot like Bodog, which made a brand targeted very smartly at the American sports bettor. She noted she still has some Bodog swag that she wears on occasion.

Being located in Seattle, Washington, Sood also spoke about the importance of internal relationships. Sood is a Microsoft alum, and the large number of people with high talent levels coming out of that company are an important resource for any startup looking to make it big.

The two also spoke about lessons learned from the Covid-19 pandemic, and Sood didn’t hold back on his criticism of Las Vegas. “Las Vegas is a prime example of the shock that this pandemic created, and the reason I say that is because years ago when the economy fell apart in 2008, Vegas was obviously hit hard, and they got hit the hardest first,” he said. “And they said never again.”

Unfortunately, the strategies Vegas followed haven’t worked, and Sood is left asking why. They diversified plenty, by bringing in sports team and additional entertainment options, but were left with very little online. “When the pandemic hit, we got inundated with calls,” Sood said, as casinos started asking about how they could get online. He was left asking, “Why haven’t you built a proper digital strategy?”

There’s still plenty more great content to see at iGaming NEXT ONLINE: Adventure of Change. You can watch the live stream here, or check out our recap of just why Calvin Ayre is so interested in Bitcoin.