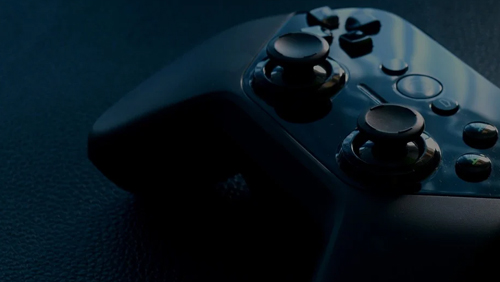 Starting off the gambling track of CoinGeek Live was a panel on ‘Esports & Advantages of a Massively Scalable Blockchain’. Moderator Jimmy Nguyen, Founding President of the Bitcoin Association, was joined by John Brackens – CTO of the Esports Entertainment Group (EEG), Adam Kling – CEO of Kronoverse and Rahul Sood Co-Founder & CEO of Unikrn.

Sood noted that it may soon be too late to get into the esports craze, so the time to join is now. Operators are hitting up Unikrn for esports product, as Covid-19 has forced a realization that “It’s time to innovate or die,” he said.

EEG, which helps promote esports betting, has an eye to what the industry needs, and Brackens noted that a blockchain like Bitcoin SV, with microtransactions and an audit trail, is a perfect solution. He said:

“Blockchain really helps towards that whole transparency aspect of it. Blockchain holds people accountable for their actions. Having a mechanism in place that is tamper proof and transparent not only helps detour scammers that might seek to exploit or take advantage of operators, but it also provides a clear audit trail for anyone that might want to review the entire history of a match, the gameplay or the transaction history.”

Kronoverse first began developing their game Cryptofights on Ethereum, but quickly learned that it couldn’t scale to the point they needed. We hit a lot of roadblocks when we were developing,” Kling said. “A lot of it was that we were trying to pioneer something new, a lot of the games back then were web applications using a browser plugin. There was a couple of big issues that started to stand out. One was the friction of how people can actually use a game. I’ve been playing games my whole life, I never had to go through all the hurdles to play.”

Kling went on to note that the high transaction costs of Ethereum mandated side chain solutions, and would have made for “a hard, difficult road that we would have had to build to do that.”

Bitcoin SV, with its ability to massively scale, provide micro and nano transactions, and record and transmit data, has been the perfect solution for Kronoverse, allowing them to imagine a bigger universe of games, all capable of esports action and esports betting. “We moved pretty much everything over, we haven’t looked back since,” Kling said. “We’re being validated now because everyone watching probably know horrible Ethereum is right now. Microtransactions are completely cut off at this point, everything’s slow, and I can’t imagine thousands, millions of gamers having to deal with something like that.”

Using data recorded on the BSV blockchain, Kling noted that player avatars and items could be used across different games, breaking down the silos that games are currently in. “I see a world where games can operate off of each other.” He imagines a future where multiple games, like a racing game, flight sim and Battle Royale, all happening in the same environment at the same time.

Unikrn accepted multiple digital assets as payment methods for their sports betting platform, but operates off chain to provide a better experience to the player. That could change thanks to Bitcoin SV. Sood explained:

“We’re very impressed with the Bitcoin SV tech team, and their thinking about building an ecosystem. It’s actually something that has us thinking about how we can change the way we build our internal-external blockchain going forward. I don’t think we can do it with Ethereum yet, because again, we still have that issue with delays, and we just can’t afford to do that as a betting operator.”

There’s still almost a full day of blockchain innovation to check out at CoinGeek Live. Register for Free to watch everything, or check out our coverage of what happened on Day 1 and Day 2 of the conference.

You can watch the entire CoinGeek Live gambling track in the video below: