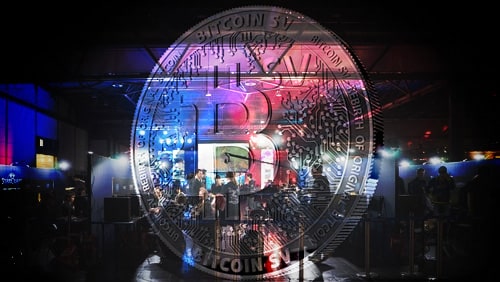 The gaming industry has looked to esports as its potential next big gambling product for some time now, waiting for an audience to emerge, or for innovation to take it to the next level. That innovation is coming, as the Bitcoin Association have now explored with their latest exploration of Bitcoin SV use cases, “eSports on the blockchain,” with the help of Kronoverse, the parent company of CryptoFights.

We already know that the esports industry has grown a tremendous audience, with millions of concurrent viewers on Twitch, and a prediction of multi-billions in annual revenue in the near future. The association’s investigation looks prominently at what Kronoverse sees in the future of the industry, and how Bitcoin SV will add impressive functionality each step of the way, and notably, in ways that benefit the gambling industry.

CryptoFights is being built on the BSV blockchain, and is currently in its beta stage of development. They plan to implement verifiable results on chain, making wagering on matches easy, and attractive to regulators.

“In eSports at the moment, a lot of the money is being generated from advertising and sponsorship,” said Kronoverse CEO Adam Kling. “Big publishers with massive followings create huge events, where they put millions of dollars into a prize purse and fill stadiums with thousands of fans.”

By implementing iGaming on Blockchain, esports can take on many of the same qualities like poker, while retaining its inherent sports betting qualities. “I see a different direction for eSports and where this huge industry is going as for me, the strength of eSports is the ability to play from home: I can compete as a professional player and I can make a living doing it,” said Kling.

By adding traceability to every game action, recording each step on the BSV blockchain, regulators can have confidence that a game is being played the right way, and embrace it as a betting product. “With Kronoverse, we are providing a dedicated eSports platform that will allow developers to monetize their game in new ways – with features related to in-game items and game integrity.”

That confidence comes from how Kronoverse uses BSV to protect the integrity of a match. By recording every element of the game to the blockchain through microtransactions, a permanent record of every input and result is made. Then, using smart contracts, wagers can be collected or paid out.

And unlike other private blockchain solution being bandied about, the public nature of the BSV blockchain makes its data unimpeachable. “With no database that can be altered behind closed doors, and with all of the data publicly available and verifiable, game integrity takes on a new look immediately,” said Kling.

That’s not the only benefit. Know your customer (KYC) protocols are an essential part of any gambling operator’s requirements now, and that can be worked on chain as well. “When we onboard people onto the platform, we also run a player’s account through KYC [know your customer] so that we know the true identity of that player.”

While the extremely low micro transactions of BSV can make unranked matches cost less than a penny, Kling gave a peak of how ranked, money matches might work. “In our ranked mode, there is a cost of entry for matches – it might be 10 cents, it might be $5 each for twenty players – with cash prizes distributed to the winners. In these games, we take a 10 percent cut of the prize pool as our operator fee, a percentage of which we pass directly to the developer of the game – giving developers a new revenue stream for their games too.”

Kling has been interested in digital currencies on the blockchain since 2013, but had problems implementing any of the available solutions into a real game due to their failure to scale. Then he came to BSV, which offers unlimited scaling. “When I looked at the scaling roadmap of Ethereum, it became clear that we were never going to be able to have a million players playing on Kronoverse. Instead, everyone is having to develop layer-two technologies and are only submitting the results to the Ethereum blockchain. With Bitcoin SV, we wouldn’t have to do that.”

As part of the Blockchain Game Alliance, Kling noted that many of the other members are still working with Ethereum, and they aren’t able to innovate in the same ways that Kronoverse has. Our back-end technology is just so far ahead of them because of that and I think our switch to Bitcoin SV is going to end up being one of our big achievements.’

The full read is well worth a look, as the Bitcoin Association gets into the technical details of how some of Kronoverse’s solutions work, and why esports, and gambling on it, are a natural fit on the BSV blockchain.