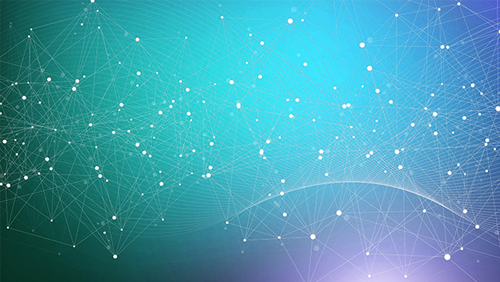 This is a guest contribution by Eli Afram, a long time Bitcoin advocate. He explains how blockchain has been misunderstood, why it’s been perfected by Bitcoin SV, and how it can help enterprises, like those in the iGaming industry, thrive. This article first appeared on CoinGeek.com.

Remember the hype of the “blockchain” buzzword in 2017? Do you recall all the promises from countless ICOs, start-ups and ‘projects’ that scammed billions from people all around the world? The promises they all gave concerning blockchain were just that, promises.

The promise of blockchain wasn’t itself fraudulent. It’s all very real. But the opportunity, brought scammers opportunity also, and the word was hijacked by people all over the world, somehow selling you some ‘new’ blockchain idea. We had some coin that was supposed to work with mechanics, some other that was supposed to help the dentist industry… and so on. Money doesn’t work like that. To truly be liquid, as cash likes to be, it needs to be operable everywhere. Then we had projects that claimed to be even better than blockchain—only they ended falling on their own swords.

In the end billions were scammed on failed projects. And they all promised blockchain break-throughs of one nature or another, to unsuspecting victims.

Undoubtedly, it’s difficult for the casual observer to make any sense of what’s happening in the ‘crypto’ space. The amount of information and misinformation is painfully and intentionally laborious to sift through. But as various projects mature, there comes a clarity point.

Following the London CoinGeek conference, Calvin Ayre tweeted that he believed BSV had reached a tipping point with regards to public awareness, for good reason. The promise of blockchain was always real, and people are beginning to realize a truth, that Bitcoin, as originally conceived by Dr. Wright (Nakamoto), was the most flawless blueprint to build a public ledger off of. You could be forgiven for not seeing it earlier, but as things mature and the evidence begins to mount, you judge projects by the fruits they bear.

The eye-opening difference being that original blueprint, which today survives in Bitcoin SV (BSV), is that it is delivering. Not only has it smashed through every scaling wall which the opposition and every competing blockchain project claimed could not be done, but it has also produced an array of on-chain projects, start-ups, applications and ideas that are ready to build the next generation of the internet. And virtually every promise of blockchain that was made in 2017, has already been fulfilled in Bitcoin SV. The difference? Bitcoin SV does not promise to deliver, it has delivered already, and it delivers every day.

Just today for example, BSV’s Scaling Test Network (STN – a live test network of nodes), produced 1367.10 transactions per second across a 2-hour period. This sort of sustained throughput was something the critics and so called ‘experts’ rejected as impossible.

The arguments against this are going from absurd to ludicrous. The chief argument being that all this happens at the cost of decentralization. People need to understand what decentralization is in Bitcoin. It is a binary term—something is either centralized or it is not. With Bitcoin, what is important is that not one entity is able to alter the records of the ledger. As long as there are a number of miners, the chain remains sufficiently decentralized. But small blocks do not help with increasing the number of miners either, and this is where the argument falls incredibly flat. Miners that mine the handicapped BTC for example, have the most advanced and expensive hardware with the most elaborate setups, and they run on thin margins. Take a look at BTC, and you will find 3 nodes hold 50% of the entire hash. So, how do small blocks help block generation remain decentralized then?

We have come to learn a number of points concerning what doesn’t work. For example, we know volatile fees for transactions, do not work. We know that forcing nodes to replicate every function does not work. We know that limiting transactional throughput does not work. We also know that endless developer tinkering on a blockchain protocol makes companies run to the hills… and so do blockchains that like to dabble in illegal matters. This is what separates Bitcoin SV from competing projects, and this is what separates the kids from the grown-ups.

Projects like BCH that have come to be seen as medium size blockers suffer an identity crisis. Lead developer of the project Amaury Sechet stated that he did not believe increasing the blocksize beyond 32MB was the right move to scale BCH. His argument in a leaked Telegram chat was that BTC continues to be worth more, and then questioned whether their approach was ever right to begin with. But it’s important to highlight just why a ‘medium’ size block space is problematic; it kicks the can down further and it doesn’t address the root problem.

Arguably the biggest project being undertaken on the BSV network right now, is the EHR Data project which is on its way to bring billions of transactions a year to the blockchain. Ask yourself this one question: Had BSV remained a medium block chain, and would only consider increasing the cap if the limit was nearly reached… do you think such a company would have at all considered building on it? If your platform isn’t ready, don’t scratch your head and wonder why business isn’t knocking on your door. Promising changes don’t work well in business… particularly when the change can be addressed already.

Bitcoin SV brings the unbounded possibilities of blockchain technology to global enterprise. Because it scales, and because it works. When proponents say that BSV has already won, they mean it. We talk about the victory that is clear as daylight, because major enterprise companies are already building on it. With utility comes everything that is important for miners.

Companies that build on BSV today are sitting on a goldmine of possibilities. They have the potential to be the first to take advantage of the new generation internet, which Dr. Wright has dubbed the Metanet.

Just how important and ground breaking is the Metanet? Well, there are increasing signs that the data economy is now worth substantially more than the oil economy. When we refine data and give it value as a commodity, it becomes powerful, and it has lots of value. BSV’s Metanet technology finds the direct value proposition of data and provides value to it directly. When Bitcoin becomes seamless with the pipeline architecture of the internet itself, it becomes a formidable marriage of data and value. Bitcoin SV takes direct advantage of the fact that data is the next oil.