CryptoFights predicts big things for esports in the near future

The gambling industry is waiting patiently for esports to hit its stride and become the next big source of action. Good news then, as a new report from CryptoFights suggests the esports industry continues to grow at a very solid rate. 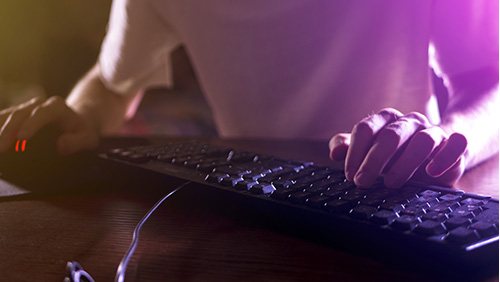 In their report, CryptoFights notes that the esports industry has already achieved a fan base of 500 million people worldwide, with $1 billion in yearly revenue. Forecasting ahead, they note that the industry is expected to grow at a 9% compound annual rate from now until 2023. That means a potential audience of 646 million. They attribute this potential growth to the acceleration of access to platforms like Youtube and Twetch.

They also note that big money is starting to come into the esports scene, potentially accelerating that growth. With $4.5 billion in 2018 alone from companies like Nike, Mastercard and Honda, the industry has the resources it needs to grow at an impressive rate, and meet the demand of those hundreds of millions of new fans. It also means esports competitors can be paid well for their efforts, reducing the chance for match fixing corruption that operators fear.

Finally, as they are primarily focused on making a game for the Bitcoin SV (BSV) blockchain, CryptoFights had to comment on how the technology will improve esports. With the transparency and traceability of the BSV blockchain, the gambling world gets all the data it needs to offer great wagers, and the transparency required for guaranteed fair play:

“Blockchain games are growing in popularity but it’ll take some time before it’s as mainstream as traditional games you might find on gaming consoles and PCs. As more people understand the benefits of blockchain technology in gaming, they’ll learn that blockchain technology can provide real solutions to competitive gaming. One of these solutions includes reducing cheating in esports since every action taken is recorded on the blockchain ledger.”

Kronoverse, the indy game developer behind CryptoFights and backed by Calvin Ayre, are building a platform on which blockchain esports promises to do quite well. They recently concluded their second beta test, and promise that the final product will allow esports competitors to bet on matches, providing an additional revenue source for both the players and the platform.

The Kronoverse platform, with CryptoFights on it, looks like it will be available sometime later in 2020. It may be one the online gambling world wants to watch, as it could open up an entirely new platform on which esports could become gambling’s new darling.