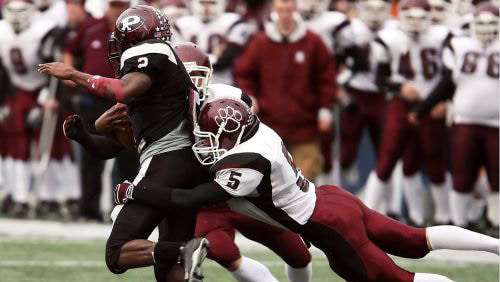 It took a little longer to get the latest figures from sportsbook Bodog for this past weekend, but they’ve finally arrived. For sports gambling fans who like to analyze what sports are attracting the most attention, there weren’t any real surprises. As has been seen since the NFL season began in September, football is still the reigning champion, aided by the inclusion of college football when the various conferences decided to join in on the fun.

Last weekend, Bodog saw 47.11% of the action on NFL games, followed by 39.32% on college games. Combining for a total of over 86%, these two were the only sports to receive double-digit attention – everything else in the top ten was below 4%. Ultimate Fighting Championship (UFC) and Fight Night drew 3.03% of the wagers, while the English Premier League captured 2.4%. Cricket made the list at number five with 2.17%, thanks to the Indian Premier League, and the Vienna Open in tennis captured 2.02% of the bets.

Major League Soccer in the US found a little more support than normal this past weekend, grabbing 1.07% of the wagers. There were several great games on tap, including a matchup between FC Dallas and the Houston Dynamo, which Dallas won 3-0, and New England against D.C. United. New England edged out D.C., 4-3. Also making the top ranks on Bodog was the President’s Cup in tennis, which had the ATP Tour holding the ATP 250 Astana Open in Nur-Sultan, Kazakhstan. Until last year, Nur-Sultan was known as Astana, and the tournament attracted 1.06% of the wagers on Bodog. The Chinese Basketball Association (CBA) also made an appearance on Bodog, grabbing 0.82% of the bets.

Breaking down which individual sports events attracted the most attention on Bodog this past weekend, almost all of the top ten spots went to NFL games, except for two – these went to college football. The embarrassing 23-9 defeat of the Dallas Cowboys at the hands (talons?) of the Philadelphia Eagles was responsible for 23.53% of the wagers. The Seattle Seahawks/San Francisco 49ers game, which saw the Seahawks improve to 6-1 with their 37-27 victory, captured 15.27% of the bets, and the New Orleans Saints gave Bodog 12.52% as they squeaked out a 26-23 win in overtime against the Chicago Bears.

The two college football games that proved most irresistible to sports gamblers were the game between the Minnesota Golden Gophers and the Maryland Terrapins and the one between the Ohio State Buckeyes and the Penn State Nittany Lions. They say 11.32% and 9.82%, respectively, and some gamblers were on the edge of their seats this past Saturday. The Terrapins only barely survived, taking a 45-44 win in overtime that had bettors hanging on to their betting slips for dear life. The Buckeyes didn’t have too much trouble against the Nittany Lions, advancing to 2-0 with their 38-25 win.