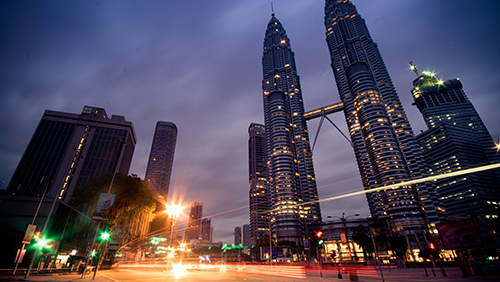 If anyone in Malaysia sees a well-dressed 65-year-old partying and acting like a 30-year-old playboy, keep an eye on him. He might be Wan Kuok Koi, better known by his 14K Triad moniker, Broken Tooth. According to The Straits Times, the mob boss, in keeping with his standard MO of making promises and skipping out of town after pocketing millions, defrauded a computer software company in Malaysia of $1.4 million in shares last year and could now be hiding out somewhere in the country. To be fair, the company, Inix, should have known this would happen and can’t be too shocked. It also can’t be completely considered an innocent victim, at least not yet.

Broken Tooth was brought in to be the non-executive chairman of Inix last August. He only lasted four months, as the U.S. Department of the Treasury (DOT) hit him with sanctions in December for continuing to grow his criminal enterprise across Southeast Asia. When it comes to expanding his triad network, Broken Tooth knows no limits and reportedly has been involved in shady gambling deals, fraudulent cryptocurrency initial coin offerings and anything else that will see him make a quick buck.

The criminal fugitive spent 14 years behind bars in Macau for having participated in illegal gambling and loansharking and was released in 2012. Instead of having used the experience as a way to reform his habits, he used it to refine them, and continued to find new ways to keep his activity going. The DOT believes his organization, the World Hongmen History and Cultural Association (WHHCA), has little to do with culture, but a lot to do with shady activity, using branded beer and wine in China, Cambodia and the Philippines to fuel the expansion of the triad.

Wan’s appointment as the non-executive chairman at Inix raised eyebrows at first, but couldn’t legally be stopped. However, the move wasn’t welcomed by the U.S. government because of his ties to the triad and the sanctions in December prevent U.S. citizens from doing business with him or with any company with which he is associated. That is likely the reason he only lasted four months at Inix, but the company had to have known who he was beforehand. Perhaps it was counting on his connections, as Inix is now being investigated for alleged price-fixing of its shares that was followed by abnormal trading, all of which took place at about the same time Broken Tooth joined the company.

The details surrounding the $1.4 million in shares that Wan ran away with aren’t completely clear; however, Inix set itself up to be knocked down by bringing him in. Malaysia is now looking for the triad boss and has asked Interpol to provide some assistance, hoping that he can be found before he vanishes into thin air.