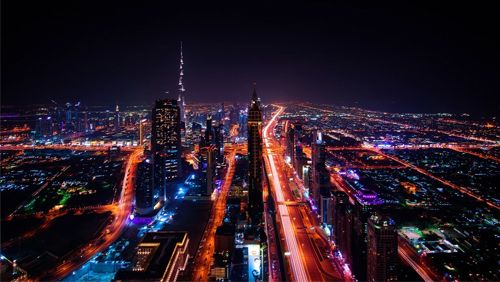 In a not-too-distant future that finds iGaming commanding a larger piece of the gambling market, two locations are emerging as potential candidates to be a major hub for operators. The gaming industry is constantly evolving as the iGaming segment continues to grab more of the overall market, and that trend is not going to stop, despite the best efforts of some die-hard land-based casino operators. At least one industry insider believes that Malaysia and Dubai are now on iGaming operators’ radars for their base of operations as the companies look to move away from rising costs associated with operating out of the Philippines.

Danny Too, the GM for Cherry Interactive, just wrapped up an Asia Gaming Brief webinar on the state of the gaming industry in the Philippines, Live After POGOs. In it, he asserted that both Malaysia and Dubai are starting to look more attractive for iGaming operators looking to reduce expenses and bureaucratic red tape, two obstacles that have grown larger in the Philippines lately. Too indicated that he had spoken with a handful of operators who had shown interest in relocating to one location or the other.

Malaysia has apparently become a favorite, despite the country’s strict anti-online gambling laws. Too asserted, “You can set up finance, operations, and can even do online marketing out of the Malaysian office, but the key thing is that you get the permission of the federal government. You can get a place to work and a license from one of the states but you need to go through the central government to go ahead. From the government point of view, it’s just a BPO and as long as the games are not being offered in Malaysia, the government is happy to bring in these operators.”

In the case of Dubai, which already has a substantial expat workforce and is a major hub of international activity, attracting iGaming operators would be another way for it to boost its tax revenue. Too indicated that a number of Chinese operators are already exploring a possible move to the area as they look to get out from under the control of China’s government, and Dubai offers a great environment for expansion.

In both cases, there will still be tight regulations in place, and iGaming operators should be prepared to do everything they can to keep locals from accessing the sites. Neither Malaysia nor Dubai has a dismissive attitude when it comes to breaking the law, and both would be willing to pull a license on a single infraction. That could be seen as a deterrent to some operators, but there is still a lot of money to be made in the industry. What could be a bigger deterrent is that both locations are likely to prohibit the operators from offering live dealer options from their territories, so gaming companies would still need to maintain at least one additional location to capitalize on the popular option.