Hong Kong-based gaming company Dragon Corporation is pushing through with its initial coin offering (ICO) in a bid to raise more than $400 million for the construction of its floating casino. 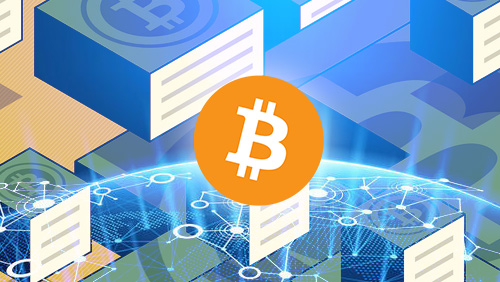 The token sale is scheduled for Dec. 8 and will be open to investors in “most countries except the United States, mainland China and Singapore,” Dragon Corp. CEO Chakrit Ahmad told Macau News Agency. A “blockchain distributed ledger” will be provided to investors interested in snapping up the company’s digital tokens.

Under Dragon Corp’s ICO, investors will basically become a junket shareholder and get revenues from utilizing blockchain technology, which they can plug back into the token. The tokens will be listed in multiple exchanges, according to the company, so that investors will be able to “cash out” their funds via major digital currency exchange worldwide or Wi Holdings’ exchange.

The money raised from the token sale will help fund the construction of Dragon Corp’s 1,600-square-meter floating Dragon Pearl Casino Hotel, which is expected to make its way to Macau by 2019.

So far, Dragon Corp. said it has already raised $265 million through a private sale with shareholders from four junket operators in Macau. Ahmad told Reuters in a separate interview that junkets have already tapped into blockchain, which allows for lower transaction costs of about 1 percent compared to the typical 5-7 percent junket transaction fees.

The ICO may be a “more convenient and more cost-effective” alternative for junkets, but there’s no denying that it will also invite an increased scrutiny from Chinese regulators which recently ordered a halt on fundraising activities that involving the sale of digital tokens.

An additional complication to Dragon’s predicament is the alleged involvement of ex-triad boss Wan “Broken Tooth” Kuok Koi, who made an appearance—and even posed for photos—at a Dragon Corp. event in September. The sexagenarian has signaled an interest in venturing into the junket business after serving a 14-year sentence for illegal gambling, loansharking and criminal association charges.

Addressing the issue, Ahmad said Wan was introduced “as a prominent figure in Macau,” but the former gangster boss was “not financing Dragon in any way.”

Dragon also doesn’t expect its cryptocurrency sale to be affected by the Beijing crackdown because its digital tokens are issued in Hong Kong, which characterizes ICO-issued digital tokens as “virtual commodity” that are not subject to regulation, although tokens that offer buyers an equity stake fall under “shares,” subject to the Hong Kong Securities and Futures Commission’s rules.