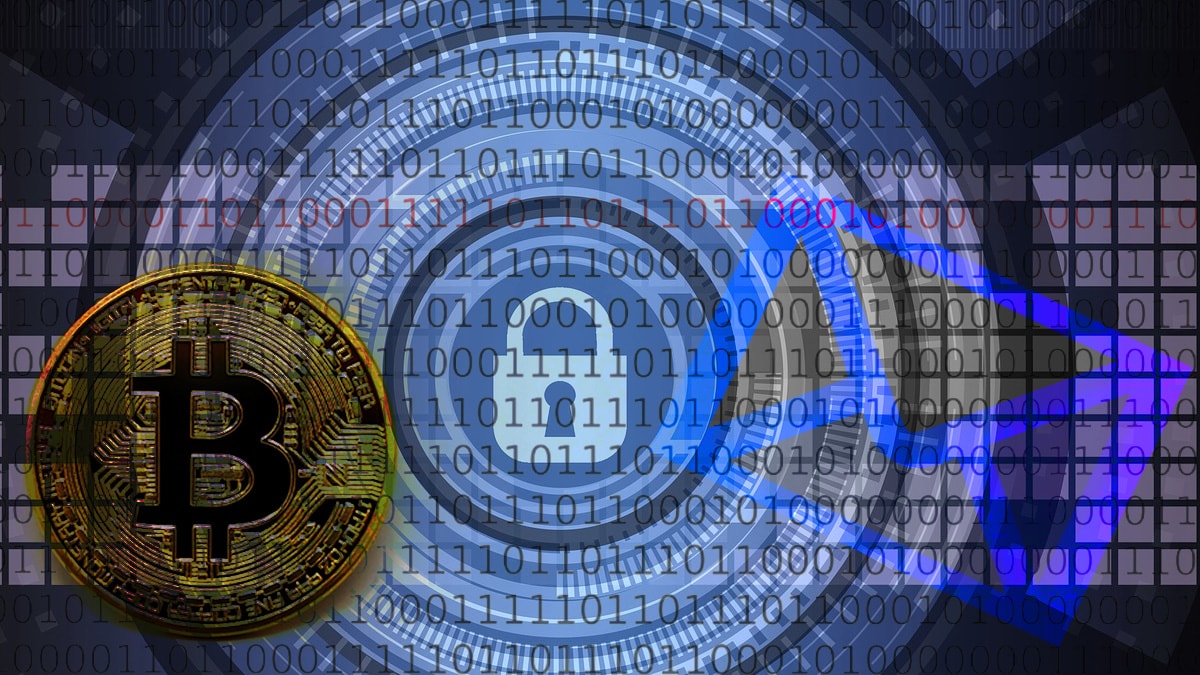 In March of this year, Twetch announced its intention to build a privacy focused feature for the Twetch app, and they are very excited to release just that. 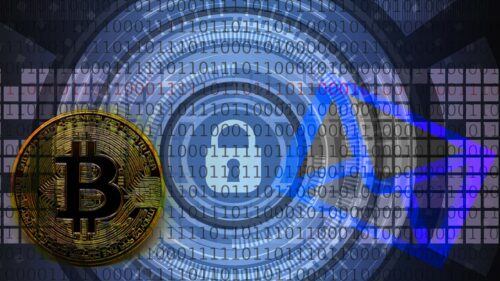 Twetch Chat is a fully encrypted messaging platform that allows users to chat privately with anybody on Twetch. 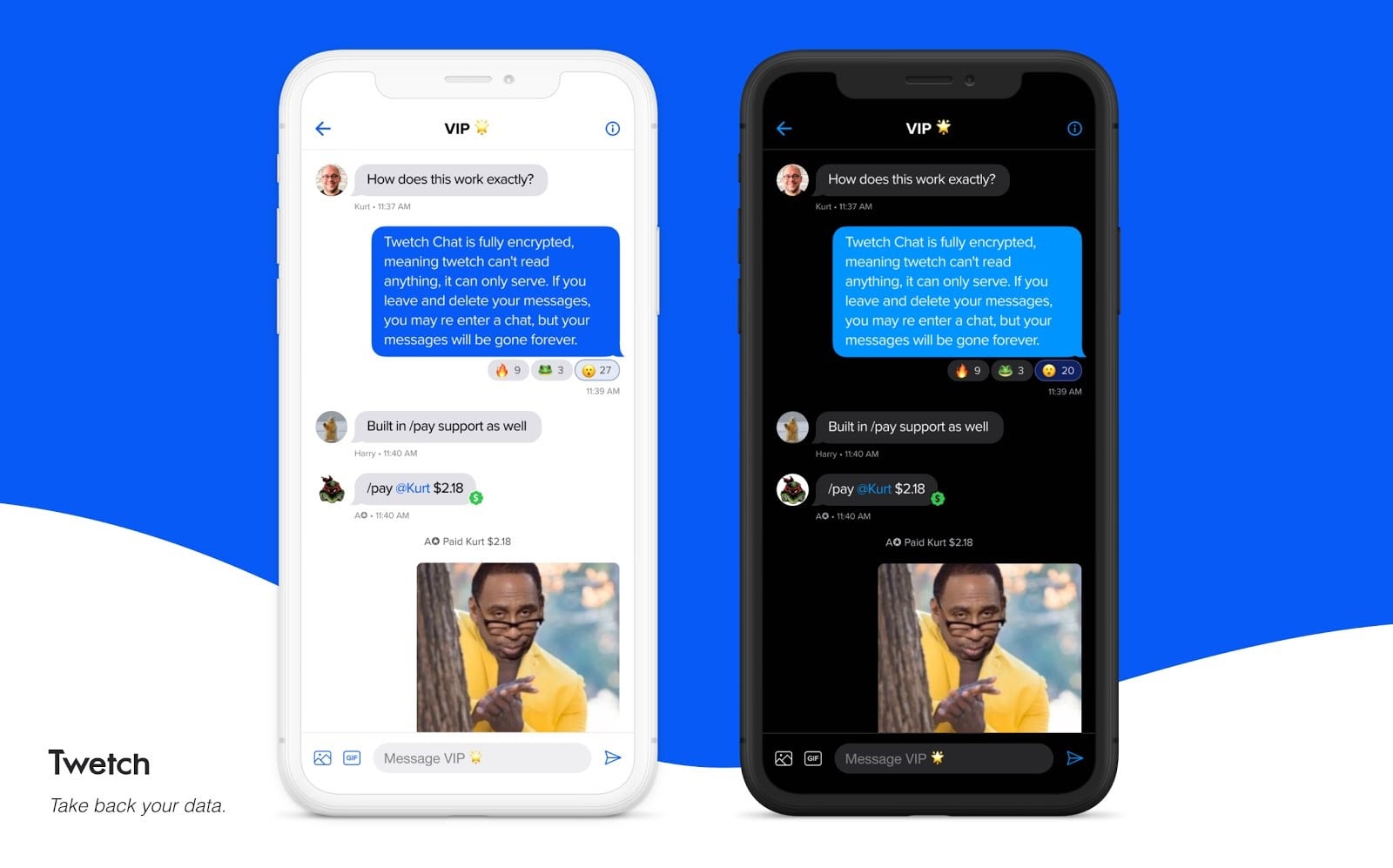 There are two main ECC encryption types used, as well as an additional symmetrical cypher. They are as follows:

1) ECDH (Elliptic Curve Diffie-Hellmann) – A means by which two parties can safely derive a shared secret over an unsecured communication channel. Most useful in two-party encryption applications.

2) ECIES (Elliptic Curve Integrated Encryption Scheme) – An encryption scheme enabling a sender to encrypt a message to a public key that only the holder of its corresponding private key can decrypt. Most useful in single- party encryption applications.

Utilizing this unique combination of algorithms, Twetch is able to provide its users with a high level of flexibility and security without compromising on any of its goals or values for its community.

So why is Twetch only doing this now? It has only recently become possible.

While its main mission is to free your data and help you own and profit from it, Twetch is also committed to integrating with as many services as possible and providing a great UX that uniquely displays the possibilities of what can be done on Bitcoin. This comes with its own set of unique challenges, especially when it comes to handling sensitive information in a way that is compatible with complete data mobility, while integrating with existing wallet providers, each having their own unique capability set. Until recently, it was not possible to provide such a service without becoming a wallet company itself. Thanks to the growing support of ECIES encryption and decryption functions of the major wallets today however, it has now become possible to solve this problem in a consistent manner. As such, Twetch Encryption represents a significant breakthrough in this area, allowing users to control and profit from their data while protecting it from third parties, including Twetch itself.

While Twetch is a place of entertainment and discussion, it has also evolved to become a popular platform for networking and doing business within the Bitcoin community. With the release of Twetch Chat, users now have the ability to find people they want to work or collaborate with in the public domain, engage with them to narrow down the details of their deal in private, and /pay them for their work. They can chat privately to protect their arrangement or post publicly to signal to others that they have done a good job, boosting the network effect of both parties and encouraging others to work with them.

Upon signing in to Twetch, users will automatically generate a unique, random 12 word seed in their browser that only the user can access. The user’s browser also generates the public key of the m/0/0 derivation path of these 12 words. The 12 word seed is then ECIES encrypted in the browser to all of the users’ linked wallets via the public key provided in their respective PayMails and saved on Twetch’s servers with the associated public key so they can be addressed and decrypted by the user’s wallet at a later date. On any additional logins to Twetch, the encrypted string of these 12 keys will be provided back to the user for them to decrypt with their respective wallet. This enables Twetch to make use of advanced cryptographic functions without ever being in custody of its users’ plaintext keys or funds. Twetch has no way to break encryption, monitor its users or be in possession of their money.

Twetch chat relies upon the aforementioned public key of the user’s Twetch Encryption Keys to safely distribute ECIES-encrypted AES ciphers stored on its servers. When a chat is initiated between two or more participants, the initiator of the chat generates an AES cipher. The cipher is then ECIES encrypted by the initiator of the chat in their browser to the public keys of all chat participants and saved on Twetch’s servers. Upon joining a chat, participants can then decrypt the AES cipher to be able to read and send AES encrypted messages to other participants in the chat. Twetch stores users’ messages fully encrypted on its servers. If a user is removed from a chat, they will no longer be able to restore these messages from its servers, and if all participants leave a chat, all messages are then permanently deleted and will be unrecoverable.