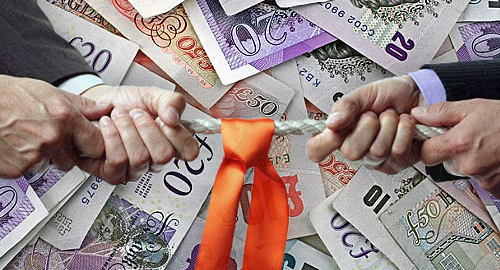 The UK’s competition watchdog has launched a probe into whether online gambling operators are making it too difficult for customers to withdraw their funds.

On Thursday, the Competition and Markets Authority (CMA) announced that it had “launched enforcement action” against an unspecified number of UK-licensed online gambling operators “in respect of practices that may place unfair obstacles in the way of people withdrawing their money (whether as part of a promotion or not).”

The CMA expressed particular concern with “unreasonably low” daily, weekly or monthly limits on withdrawing funds, “potentially arbitrary short deadlines” for customers to verify their identity when withdrawing funds and potential forfeiture of said funds if customers fail to respond quickly enough, as well as dormancy terms that allow operators to confiscate funds or impose “apparently excessive charges” due to account inactivity.

The CMA says it will provide consumers with regular updates on the progress of its investigation.

This is the latest in a series of regulatory probes launched by various branches of the UK government. Last month, the CMA announced the results of a probe into online operators’ bonus promo offers, pointing the finger of scorn at three operators – William Hill, Ladbrokes and Playtech subsidiary PT Entertainment’s TitanBet and Winner sites – while warning all UK licensees to learn from the trio’s mistakes … or else.

ICO WARNS OF AFFILIATE SHORTCOMINGS
Meanwhile, this week saw the UK’s Information Commissioner’s Office (ICO) announce the results of a “global intelligence-gathering operation” that found “significant issues” with affiliate marketing. The probe flagged 221 of the 902 websites studied for “further action.”

The ICO says the probe’s main findings were that the affiliate sector lacks “appropriate unsolicited communication guidelines,” often fails to obtain the consent of customers and engages in misleading advertising. Affiliates also often “have a short lifespan … and conceal their physical location, potentially making enforcement a challenge.”

The operation, which involved nine agencies in five countries, didn’t specifically focus on gambling affiliates, but must be acknowledged given that the ICO has previously warned gambling affiliates to lay off the spam, and UK gambling and advertising regulators have recently increased their oversight of third-party marketing.