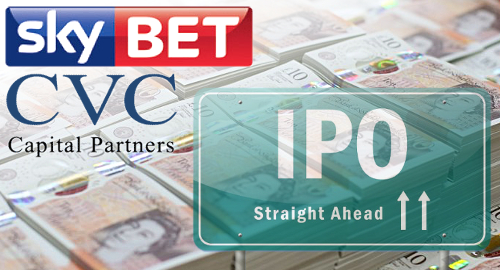 On Monday, Reuters reported that SB&G’s majority owner, private equity group CVC Capital Partners, had hired investment bankers Rothschild to examine the possibility of a public float that could value the company at between £2.5b and £3b (including debt).

It was only last November that SB&G CEO Richard Flint told analysts that CVC could consider SB&G’s IPO options at some future date but there were “no current plans” to go down that route.

The timing could suggest that CVC wants to take advantage of an expected clampdown on the fixed-odds betting terminals in high-street betting shops, which could make online-only companies like SB&G appear the safer bet for gambling industry investors.

However, CVC might also fear that a regulatory crackdown on the UK’s online gambling sector is equally imminent, and thus the need to strike while the iron is still hot. Just last week, Flint appeared before a parliamentary committee to defend online betting sites’ right to limit wagering activity of winning punters.

SB&G has risen rapidly in the past few years to claim its rightful position in the UK’s upper echelon of online gambling operators. The company has also sought to position itself on regulators’ good side, including scrapping its UK affiliate marketing program just days before some affiliates were formally censured for engaging in sketchy advertorial promos.

However, one wonders how much of SB&G’s impressive growth was due to its privately-held status, which freed it from the requirement of wowing public investors every three months, a phenomenon that has been known to curb operators’ willingness to make changes that are painful in the short-term but necessary to ensure long-term growth.

CVC acquired an 80% stake in the Leeds-based SB&G in 2014 in a deal that valued the gaming operator at £800m. UK broadcaster Sky retains a 20% stake in SB&G, whose standalone brands include Sky Bet, Sky Vegas and Sky Poker.

CVC has a history of involvement in the gaming sector, including a pair of €1b deals in 2016 to acquire Italian operator Sisal Group and German sports betting operator Tipico. CVC previously controlled online payment processor Skrill before selling the company to Optimal Payments (now Paysafe Group) in 2015.