A bill seeking to regulate daily fantasy sports (DFS) in Iowa has cleared the first hurdle set by a five-member House subcommittee. 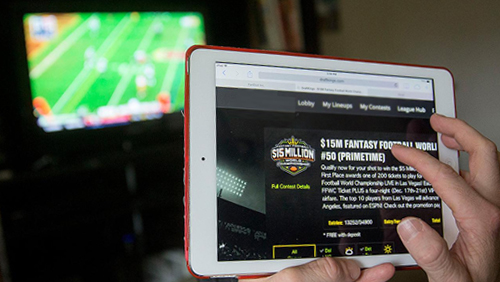 Radio Iowa reported that the bill passed the scrutiny of the Iowa House subcommittee on Wednesday, amid intense lobbying by the conservative United Methodist Church.

The bill is similar to other DFS measures that previously died in the state legislature, and would authorize Iowa’s casinos to take wagers on fantasy sports teams. DFS operators like FanDuel and DraftKings will have to secure a state license to operate, pay taxes, and allow state regulators oversight over their activity.

Before the subcommittee greenlit the new DFS bill, representatives of DraftKings, FanDuel and the United Methodist Church said their respective speeches on why and why not the state should legalize DFS.

Lobbyist John Cacciatore, representing the two leading DFS operators, pointed out that there were “hundreds thousands of Iowans who play season-long fantasy sports with their friends, neighbors, and co-workers.”

These same Iowans, however, were prevented from playing DFS because it is still illegal in Iowa, according to Cacciatore.

Reverend Brian Carter, on the other hand, tried in vain to convince the legislators to throw the legislation away by appealing to their conscience.

Lawmakers have been trying to legalize daily fantasy sports in Iowa since 2015, but the effort always seems to dissipate.

In another daily fantasy sports news, the state of Massachusetts is considering whether to impose a 15 percent tax on DFS operators.

Daily fantasy sports operators would be required to register with the Massachusetts Gaming Commission, pay a registration fee of as much as $100,000, and get the Gaming Commission’s approval to operate.

Donoghue said that the 15 percent tax was decided after talking to the DFS industry and looking at the tax rates in New York and Pennsylvania.