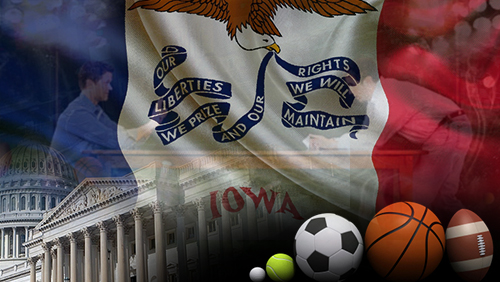 Iowa lawmakers have introduced a bill which would would clarify fantasy sports as a skill game and authorize cash payouts to participants in the state.

Senate Study Bill 1068 was introduced at the end of January by Senator Jeff Danielson and was approved by the Senate State Government Committee on Wednesday on a voice vote with only one dissent.

Danielson said the proposal would simply declare that fantasy sports in Iowa are not considered gambling and are not governed by the state’s regulatory framework.

“Fantasy sports as defined by the U.S. government is a game of skill. It is not a game of chance,” Danielson added.

Once approved, Iowa casinos could offer fantasy sports with cash payouts but they would still be banned from allowing gamblers to bet on athletic events like the Super Bowl.

The games are offered through major league sports websites, as well as through ESPN, Yahoo and other online content providers. An estimated 264,000 Iowans participate in the games but no Iowans have been prosecuted for playing fantasy sports games, according to the Iowa attorney general’s office.

Sen. David Johnson voted against the bill over concerns about people who suffer from gambling addictions, even though fantasy sports may not be technically considered gambling.

“I understand that this has great popularity, but do we really need to legalize these activities, and what kind of a message does that send?” Johnson said.