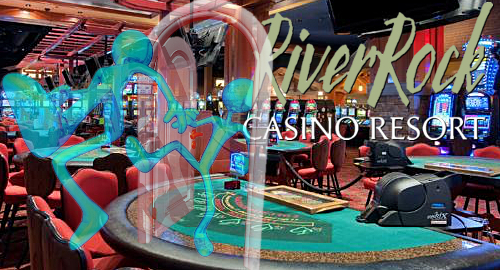 On Thursday, Postmedia News reported that BC’s Gaming Policy and Enforcement Branch (GPEB) had revoked the registration of Lisa Gao, a River Rock employee since 2010 and who tended to the needs of VIP gamblers at the casino since 2012.

The GPEB launched an investigation last November into whether Gao “acted in direct violation” of directives regarding “third-party cash buy-ins.” The decision to deregister is preliminary and a final review of the decision is pending.

River Rock was the site of the most egregious money laundering allegations detailed in a 2016 report that was buried by the previous Liberal government. Last fall, the new NDP government released the report, which featured sketchy tales of Chinese VIP gamblers buying-in at River Rock with millions of dollars in $20 bills, the source of which was murky.

Great Canadian Gaming Corp, which is responsible for day-to-day management of River Rock, also declined to comment specifically on Gao, saying only that the company “would never condone or allow any conduct that is inconsistent with our company policies or with the rules put in place by our regulators.”

Last month, BC Attorney General David Eby gave a speech to global anti-corruption group Transparency International, telling them that when he assumed his new responsibilities last year, GPEB members sat him down and said “I think we are going to blow your mind.”

Back when Eby was still a member of the opposition, he said his queries to the Liberal government regarding allegations of money laundering at casinos were answered with “flat denials.” Eby claims the Liberals’ actual response to casino money laundering was that “the benefits of inaction outweighed the costs of action.”

BC has since tightened the rules on how its casinos must treat large cash buy-ins, but ongoing probes by both provincial and federal financial watchdogs may yet expose even more damaging evidence of AML violations.

The steady drip of embarrassing revelations only serves to underscore the fact that Canada’s gambling model – in which government serves as both regulator and operator of gaming – is inherently conflicted. Who watches the watchmen? Nobody, apparently, so long as the cash keeps flowing.