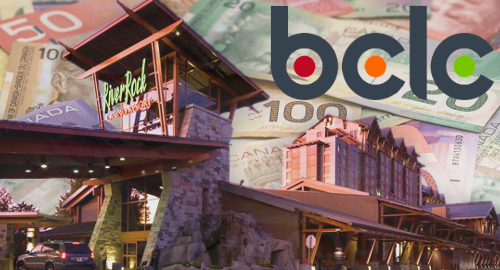 Last week, the newly elected BC government released a bombshell report detailing a pattern of sketchy transactions at the River Rock Casino Resort in Richmond. The report had been kept under wraps for over a year by the previous Liberal government.

The report claimed River Rock staff were relatively nonplussed by the fact that “high roller Asian VIP clients” with “no known source of funds” were routinely buying-in with huge volumes of cash. River Rock reportedly accepted over $13.5m in $20 bills in just one month, including one gambler who bought $490k worth of chips with over 22,000 $20 bills.

This week, the federal Financial Transactions and Reports Analysis Centre (FINTRAC) announced that it is “reviewing the report, on which it was not consulted, to determine whether any action on its part is appropriate.”

It turns out that FINTRAC directly addressed River Rock’s shortcomings in a letter sent to the British Columbia Lottery Corporation (BCLC) last year, which only just surfaced among the documents in the government’s buried report.

In the letter, FINTRAC regional compliance manager Robby Judge noted that BCLC’s own compliance staff “acknowledged that [anti-money laundering] training was deficient” at River Rock. Judge found that 80% of casino staff had only a basic understanding of money laundering, while most staffers were equally unaware of “suspicious transaction indicators relevant to the casinos sector.”

Judge closed by warning BCLC that, while the agency didn’t intend to take any action at the time, “failure to meet all legislative provisions may lead to civil penalties or criminal liabilities.”

This isn’t the first time FINTRAC has expressed alarm regarding gaming operations overseen by BCLC. In 2010, FINTRAC hit BCLC with a $670k fine for its apparent lack of enthusiasm in filing suspicious transaction reports at BC casinos. (BCLC only resolved the matter this August, blaming the reporting delays on software problems.)

BCLC contracts out day-to-day management of its land-based casino operations to private companies. River Rock is operated by Great Canadian Gaming Corporation, which also operates the Hard Rock Casino Vancouver and numerous other gaming venues in BC and other Canadian provinces.

BC’s casinos don’t file suspicious transaction reports directly to FINTRAC. Instead, the casinos report to BCLC, which has the responsibility of alerting FINTRAC. But the public has a right to know which aspect of BCLC’s dual identity is more powerful: ensuring that gambling operations stay within regulatory boundaries, or generating sufficient income for the the provincial government.

As if BCLC didn’t have enough problems, BC’s new government just announced that it plans to review the “fiscal responsibility” of its Crown corporations, including BCLC. While BCLC exceeded its revenue and profit targets in its most recent fiscal year, the government plans to “evaluate risks and identify options” for how all Crown corps might make more efficient use of the public’s money.