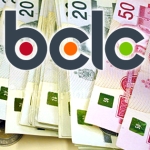 The Canadian Broadcasting Corporation (CBC) is reporting that land-based casinos in British Columbia are being used by suspected organized crime figures to launder money derived from illegal activities. After making a Freedom of Information request, the CBC learned that two Metro Vancouver casinos processed some $8m in suspicious transactions over a three-month period beginning in May 2010. Amazingly, while the casinos notified the BC Lottery Corporation (BCLC) of these incidents, BCLC chose not to immediately inform the police.

The incidents began in May, when a man walked into the Starlight Casino in New Westminster with $1.2m in casino chips he wanted converted to cash. Staff obliged the man, and even wrote him a note stating that the money was a casino payout, in case he ran into difficulty getting a duffelbag full of $20’s and $50’s through airport security.

Just days later, a man walked into the River Rock Casino in Richmond and purchased $460k worth of chips, paying the teller with 23,000 $20 bills. Just typing that seems weird, yet the casino report noted that “none of [the man’s] actions are suspicious.” These types of transactions occurred at the rate of about one a day for the next three months, for a total of $8m moving in and out of the casinos’ hands.

Having only been made aware of this pattern of behavior long after the fact, Royal Canadian Mounted Police investigators now report they are “suspicious that it’s dirty money.” Back in August, we reported that FINTRAC, the Canadian financial transaction watchdog, had fined BCLC $670k for its sloppy reporting of such shenanigans. BCLC was the only provincial gaming body to be hit with such a fine, but it seems BCLC didn’t learn much from its slap on the wrist. While FINTRAC reports that the number of suspicious transactions at Canadian casinos has decreased in every other province, they have tripled in BC.

In November, Calvin Ayre expressed his concern over the lack of arms-length oversight at BCLC’s online endeavor, PlayNow.com. Remember that the main argument put forth by state-run gambling operations for patronizing their businesses is that they’re the only ones you can trust in the otherwise murky world of cunning predators out to do you no good. If that line were ever true, BCLC seems hell bent on proving otherwise.

Like most people, we thought that idjit who robbed the Bellagio in Las Vegas would never find a way to cash those $2m in stolen chips. But now, if he can somehow make it across the border, we think he just might find a casino teller with a sympathetic ear.