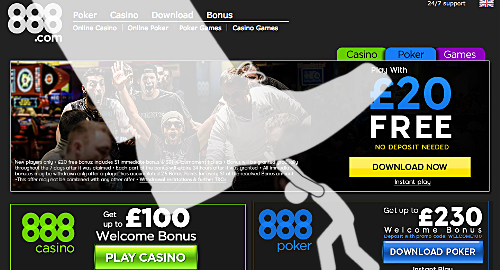 UK-listed online gambling operator 888 Holdings has reassured investors that the ups and downs of its turbulent 2017 won’t have a significant impact on its full-year results.

In a trading update issued Thursday morning, 888 announced that its adjusted earnings for FY17 will be “in line with market expectations.” The market reacted with a shrug, leaving 888’s share price at 277.5p at the close of Thursday’s trading, virtually unchanged from the day before.

This result will come despite 888’s 2017 exits from five markets – including Australia and Poland – and what the company described as an “increased regulatory focus, primarily in the UK.” Freiberger said a “major focus” of the company’s 2017 activity has been on “leading the way in terms of compliance and responsibility.”

Perhaps, but that didn’t stop the UK Gambling Commission (UKGC) from hitting 888 with a record £7.8m fine in August for technical failures that allowed thousands of self-excluded problem gamblers to continue gambling with 888 sites.

Freiberger noted that 888’s compliance and responsibility efforts are “an ongoing process of continuous improvement.” Accordingly, 888 recently announced the appointment of a new non-executive director, Anne de Kerckhove, who currently acts as CEO of digital subscription studio Iron. Among the new director’s responsibilities will be sitting on 888’s Gaming Compliance Committee.

The regulatory pressure is likely to increase in 2018, given the multiple warnings issued to online operators over the past few months by the UKGC and other government agencies, including the Competition and Markets Authority and the Advertising Standards Authority.

In addition to regulatory upheaval, 2017 saw 888 shed its links to deceased co-founder Aharon Shaked, whose family sold off their entire stake in the company in two major transactions this year.