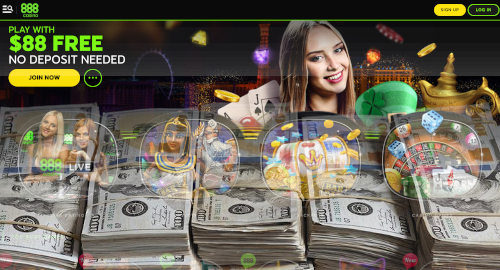 UK-listed online gambling operator 888 Holdings saw its shares spike by more than one-fifth on Wednesday on impressive H1 earnings and speculation that it could buy William Hill’s European online operations.

Sports betting started 2020 off strong, with revenue up 22% in the first two months, then came COVID-19 and the subsequent halt to major sports activity. But the resumption of play and a sportsbook launch in Sweden meant H1 betting revenue slipped only 1% to $44.1m – and would have risen 2% at constant currency – while June’s betting stats were 59% ahead of June 2019.

Online bingo revenue rose 8% to $21.1m, in part due to 888’s 2019 acquisition of JackpotJoy’s Manadalay bingo brands. Absent those add-ons, bingo revenue would have been flat.

888’s B2B division Dragonfish reported revenue up 21% to $17.8m thanks to gains in its bingo network, technology support for Delaware’s online gambling market – in June, 888 re-upped with the Delaware Lottery for another two years – and 888’s partnership with the US-facing World Series of Poker business, which shares liquidity across Delaware, Nevada and New Jersey.

888’s share of H1 revenue from ‘regulated and taxed’ markets slipped one point to 73%. Europe, Middle East & Africa (excluding UK and Spain) revenue was up 36% year-on-year, allowing it to claim the geographical lead with 41% of the overall revenue pie. Italy (+51%) and Romania (+111%) were the star performers, while German revenue slipped due to payment processing challenges.

The UK claimed greater growth (46%) but a smaller share (38%), while the Americas grew the most (64%), boosting its share to 11%. Only Spain was in negative territory, with revenue falling 2%, pushing its share down to 9%.

In the current quarter, 888 says average daily revenue is up 56% year-on-year, thanks in part to new customers and the shift to online activity during the ongoing pandemic restrictions. 888 felt confident enough to project FY20 earnings will come in “significantly ahead of its prior expectations.”

Wednesday’s confirmation of an agreement in which US casino operator Caesars Entertainment will acquire UK bookmaker William Hill has prompted much speculation as to what will become of the parts of Hills that Caesars doesn’t want (basically, anything not focused on the US market).

UK bookmaker Betfred is reportedly eager to snap up Hills’ UK retail betting operations, while the Financial Times quoted 888 CEO Itai Pazner saying his company would consider whether adding Hills’ UK and European online operations would be “relevant for us.” However, don’t expect to see 888 as someone else’s acquisition entrée. Pazner told CNBC that 888 “don’t see ourselves as a takeover target.”